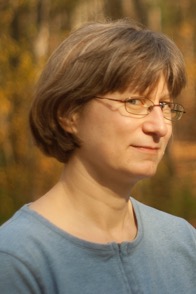 Diane A. Kelly is a comparative anatomist studying vertebrate reproductive systems. Her interests are broad, and include the evolution of copulatory organs in amniotes, the function of sex-specific neural circuitry in the mammalian brain, and the use of games as educational tools. By combining studies of both the function of reproductive organs and their control systems, she hopes to shed light onto larger evolutionary questions such as the coevolution of male and female reproductive structures and how organisms balance the ‘evolvability’ of their tissues with the necessity of maintaining critical physiological functions.

Her current projects include a study of the biomechanics of the copulatory organs within the living archosaurs, and describing the connectome of a sexually dimorphic set of neurons in the mammalian forebrain. She is currently affiliated with the University of Massachusetts, Amherst.

Dr. Kelly also writes about science and takes photographs. Her stories and/or images have appeared in Wondertime, Muse, Gizmodo, and The Story Collider.

Contact her at diane [dot] kelly /at/ ronininstitute [dot] org.

For a writing sample, check out The Story Collider:http://www.storycollider.org/stories/2016/1/6/diane-kelly-confronting-death-on-the-road