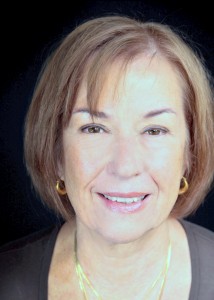 History of Qualitative and Critical Research in Two Adjacent Disciplines

As a graduate student in Linguistic Anthropology in 1977, I was probably the only anthropologist since the 1950s interested in studying bureaucracy. This, the proximity of the Berkeley campus to emerging Silicon Valley, and the vision of two computer scientists who hired me as an intern, led to a doctoral dissertation at Xerox Palo Alto Research Center, now PARC. I went carrying the premise of our discipline as a given. That was the value of qualitative research, and how  social interaction reveals the ongoing negotiation of social order. I was unburdened by positivistic constraints and made my way in the new world of computerization as someone who spent time looking into context and whole systems, not sampling and counting. I also brought with me a 1970s Berkeley politics of advocacy for working people.

In time I was asked to be an Associate Editor, then Editor-in-Chief, of a new journal in the field of Information Systems, a discipline dominated by statistical studies, operations research, computer science, and management theories. The novelty of the journal would be interdisciplinarity and acceptance of qualitative research. I ran the rapids of the new technical world on a small raft of assumed validity for the kind of work I was trained in, found friends, aligned with sympathetic working groups, and never doubted my methods although I had to continually advocate for them. I worked as a researcher in the tech industry and attended conferences in IS, where my author base was.

There was another discipline in play in my subject area, also present at PARC, Human Computer Interaction, using cognitive psychology and experimental models. I always considered us all one group, but later in life I finally perceived the divide, filtered through a social lens. Asked in 2017 to write a review article for another new journal, I decided to explore this divide. I did not know what I didn’t know when I chose the topic. The article became a monograph, coauthored with Helena Vallo Hult.

The epistemic differences between the disciplines showed up most clearly in the institutional settings of the two fields: the field of Information Systems and the field of Human Computer Interaction. The first dealt with organizations and the fit of technology to large scale management processes; the latter focused on users, then small groups, and stayed focused at the user interface and cognition level. The former was eclectic and therefore somewhat open paradigm, whereas the latter was mostly defined by positivistic validity. Both fields did use qualitative research, but the battle for legitimacy in IS was won in the late 1980s, whereas in HCI as late as 2018, angst about rejections of qualitative papers from the key conference (ACM Conference on Computer Human Interaction) aired periodically on social media.

The fact of the gatekeeper conference led us to look at academic cultures theory and to the institutions that formed the fields beyond their source disciplines. IS had a flowering of alternative journals during the 1980s, providing respectable venues for different research traditions across the Atlantic. Conferences were less prestigious than journals for tenure review. HCI researchers focused on a main annual conference, publishing in a journal as a second choice, with fewer to choose from. This choke point may be why Critical Theory (specifically Frankfurt School and its premise of inherent contradiction between management and labor) was present in IS from the 1980s but absent from HCI until about 2000. Researchers described social network patterns in each of the fields. The IS field, often described as an adhocracy, has interconnected subnets across a range of topics. HCI appears to revolve around a core set of authors. In the monograph we trace the comparative histories, theoretical developments, and institutional influences. It appears as a double issue of Foundations and Trends in Information Systems, and as an e-book published by IEEE as Qualitative and Critical Research in Information Systems and Human-Computer Interaction Divergent and Convergent Paths.

Check out these documents to learn about a different project, a cross-cultural analysis of reincarnation beliefs: wynnwhite final ReincarnationBeliefs&CulturalMeaningsXCultures

Or this one:  Evolutionary Technology for Adaptiveness

Or this one: adaptive enterprise white paper

It can also be purchased at a discount with the following link and code.
“To purchase the book version of this issue, go to the secure Order Form. You will receive the alert member discount price of $40 (includes shipping) by quoting the Promotion Code: 712200.”