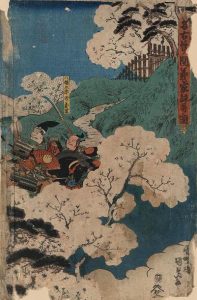 My research interests and activities generally center on questions and concerns in three main related areas: 1, the manner and degree to/by which product and systems design influences culture and ecology, 2, an exploration of the nature of the interface between the organic and the inorganic, particularly as realized in the relationship between concept and computation, and 3, the manner and models by which effective personal and social governance could potentially be achieved.

Human history is seen, particularly in recent decades/centuries, to have been as much, (if not more), profoundly shaped by the products and tools we use as it is by any specific events (wars, diseases, etc).  Well designed and well conceived products made by software companies like Apple, Google, Microsoft, as well as things done by people like Elon Musk, Jeff Bezos, Edison, Tesla, Farnsworth, etc, continue to change the nature of, and define the basis of, the cultures and conversations we live in.

The question of interest is not just how such things have occurred in the past, but how similar — and improved — results and effects could be obtained in the present and future.  Naturally, more than just being ‘profitable’, it is desirous that such actions be taken in a manner which is deliberately designed to bring about specific and effective social changes; ie so as to quantify and qualify ‘success’ in the areas of restoring ecological balance, the promotion of the thriving of all life (ie, aka the reduction of human suffering).

As such, my work in recent years has been concerned with exploring and developing some of the means, methods, and techniques — a sort of “holographic analysis” — that might allow for improved modeling of the co-modifying relationship between specific products released to market, (the specific features of design at the microscopic level), and the resulting gestalt of effect, (ie, the general cultural features that are changed).  Testing and partial validation of some of the preliminary conceptual models has already been obtained by means of the actual formation of a corporate entity and the releasing a niche product, allowing for the identification of clear causal connections between specific product design features and actual market definition shifts.

Parallel to the above, using the concepts of a previously identified foundational ontological metaphysics as a basis, I have been exploring the manner in which software applications, tools, and techniques influence the design and management of very large scale complex systems.  Of particular interest is the manner in which the general concept of an algorithm, system, etc is minimally expressed in a language independent manner.  This is seen as to be facilitating the potential for further increases in our ability and skill to understand and model complex fundamental physical phenomena, develop appropriately responsive and adaptive systems, assess and mitigate risks (of AI, the ‘hard problem of consciousness’, etc), at both the project and the existential level, describe, model and predict complex social dynamics, ecological factors, etc.  Present work consists of the development of specific automatic inter-language source to source compiler transformations known to be of high utility.

In combination with and as an extension of the above, using in an applied way the tools and theories of a non-relativistic ethics (previously derived and developed) and the techniques of large scale software development, careful and product and system design is seen to be at least as effective a means for implementing specific personal, social, and institutional governance/change as any political organization, with outcomes which are considerably more enduring and robust (nations may come and go, but the inventions and ideas remain).  As such, my research questions have been more recently tending more in the direction of the non-political principled identification of what “should” or “ought” to be made/developed, and the practical means by which they they may be done.  Ie, to clarify questions of where should I/we focus our time and attention so as to produce maximally beneficial effect — ie, the thriving of all forms of life on this planet, in the time we have remaining to us.

Current efforts and concerns remain focused on developing governance and economic models with various specific properties, such as scale invariance, symmetric reflexivity, omni-consideratate incentivization, progressively auto-catalytic, etc; ie, characteristics identified particularly by the principled application of the techniques of large scale, high complexity semantic systems analysis.  Given that current technology has already enabled the direct creation, and near destruction, of ‘all known’ life in this universe, the development and deployment of choice making systems able to promote and facilitate true conscious sustainable evolution is regarded as being a clear prior ethical imperative.