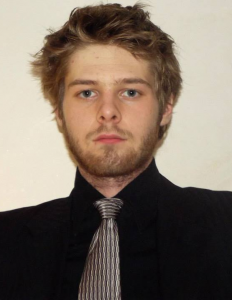 Franco Cortese is a researcher in biomedical gerontology. His focus is on the study and development of biomedical interventions for aging and age-related pathology. He believes that the most effective and economic approach to the treatment of age-related disease – which represent from both a quantitative and qualitative standpoint some of the most significant diseases afflicting humanity today – is through the extension healthspan via biomedical interventions focusing on the prevention, negation and/or slowing of accumulated age-related phenotypic deviation. He is currently a research scientist at ELPIs Foundation for Indefinite Lifespans, a non-profit research foundation focusing on strategies to treat aging and age-related pathology.

Most recently, his research has involved formally describing a proposed biomedical intervention for age-related pathology titled Induced Cell Turnover (ICT), first described in a scientific article (Cortese FAB, Santostasi G. Whole-Body Induced Cell Turnover: A Proposed Intervention for Age-Related Damage and Associated Pathology. Rejuvenation Res. 2016 Mar 15. doi:10.1089/rej.2015.1763.) authored by himself and Dr. Giovanni Santostasi of Feinberg School of Medicine, Northwestern University. The proposed intervention consists of the quantitative and qualitative coordination of targeted endogenous cell ablation with exogenous, pluripotent stem cell (PSC)-derived exogenous cell administration, applied gradually in a number of phases at the whole-tissue, whole organ and whole-body level, with the aim of preventing and/or negating several categories of accumulated age-associated phenotypic deviation, including telomere depletion, genomic DNA and mitochondrial DNA damage and mutations, replicative senescence, functionally deleterious age-related changes in gene expression, accumulated cellular and intracellular aggregates and functionally deleterious post-translationally modified gene products. In the above-mentioned study, Cortese and Santostasi outlined the underlying techniques and technologies by which ICT can be mediated, described the mechanisms by which it could serve to negate or prevent age-related cellular and intracellular damage, explicated the unique therapeutic components and utilities that distinguish it as a distinct type of cell-based intervention for use in biomedical gerontology, and addressed potential complications associated with the therapy. Cortese’s current research avenues include refining the fundamental characteristics of the proposed intervention, studying the nature and likely prevalence of possible complications associated with the intervention and studying possible approaches to prevent or deter the incidence and/or effect of such potential complications, and studying ideal ways forward to test the therapeutic efficacy, utility and limitations of the intervention in model organisms.

He is also active as a research scholar in the field of the philosophy of technology, focusing on the ethical, sociological, philosophical and political issues surrounding emerging technologies in general and human enhancement technology in particular through his work as an Affiliate Scholar of the Institute for Ethics & Emerging Technologies (IEET), a technoprogressive policy institute focusing on the social implications of emerging technologies. His most recent research in this area has involved articulating a novel variant of technological determinism titled technic self-determination (Cortese, F. A. B. (2014). Technic Self-Determination. In Stephen John Thompson (Ed.), Global Issues and Ethical Considerations in Human Enhancement Technologies (pp. 203-224). Hershey, PA: IGI Global; Cortese, F. A. B. (2016). The Technoethical Ethos of Technic Self-Determination. International Journal of Technoethics (IJT), 7(2), 1-27), which posits a reciprocally-causative relationship between technology and society, construing technology to be a crucial and reciprocally-causative ontological fundament of human nature.

Among other broader research topics relating to the ethical, philosophical and sociopolitical implications of emerging technologies in general, his current research involves defending the development and proliferation of HET as a viable means of increasing the capacity for self-determination, autonomy and sovereignty at the level of both society and the individual and of reducing unnecessary suffering in the world at large by increasing the capacity for individuals to determine the controlling circumstances of their selves and lives. Contrary to many critics of HET, Cortese argues that the use of HET exemplifies – and indeed even intensifies – our most human capacity and faculty: namely the desire for increased self-determination, which he refers to as the will toward self-determination. Furthermore, he argues that the use of HET bears fundamental ontological continuity with the human condition in general and the historically-ubiquitous will toward self-determination in particular, and that as such the development and proliferation of HET need not be a dehumanizing force, but rather could very well serve to increase the very capacity that characterizes us as human more accurately than anything else, provided that it is developed and proliferated democratically and ethically.

Cortese’s other current affiliations include Scientific Advisor for Lifeboat Foundation (Life Extension Advisory Board and Futurists Advisory Board), Honorary Fellow (and former Secretary) of Brighter Brains Institute, Chief Operating Officer of the Center for Interdisciplinary Philosophic Studies, International Coordinator of Cryonics Switzerland, Ambassador for the Seasteading Institute, Assistant Editor at Ria University Press, member of the International Longevity Alliance, Chair and Co-Founder of the Canadian Longevity Alliance, and Reviewer for the Global Futures Intelligence System at The Millennium Project. He has also written many popular articles on the ethical, socioeconomic and philosophical implications of biomedical gerontology and emerging technologies for the IEET, Shaping Tomorrow, Serious Wonder and H+ Magazine.

Franco Cortese can be contacted at franco.cortese@ronininstitute.org.