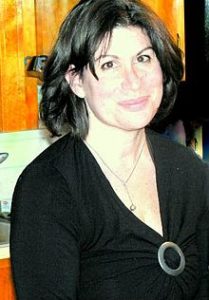 Jocelyn Scheirer is an  entrepreneur, scientist, and artist who has been working in wearable biometrics since the late 1990s. Her research focuses on emotion, which she began during her PhD studies at the nascent MIT Media Lab’s Affective Computing Group founded by Rosalind Picard. Scheirer invented and, along with MIT, patented a very early textile biosensor which measured skin conductance and eventually led to several wearable products currently on the market.  She founded her first wearables company, Empathyx, Inc. in 2006, and joined Rosalind Picard and Rana El Kaliouby as their first employee at Affectiva in 2009, serving as their director of operations until 2010. She has held research and faculty posts at Harvard and Brandeis Universities.   In recent years, she has also consulted for industry, government and academia on numerous projects involving sensors, physiology, and VR/AR.  Clients include NASA, Brandeis University, NYU, and industry.  She has served on the board of the MIT Enterprise Forum of New York and is a frequent speaker on topics relevant to technology entrepreneurship, sensors, and scholarship.