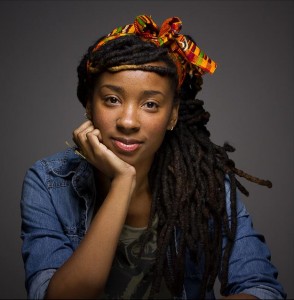 She possess over a decade of experience collecting qualitative data, producing scholarship and working within low-income communities across the United States and throughout the globe. She uses this experience to deepen her understanding of “behavioral resistance” and its impact on both civic engagement and public policy in Black and Brown communities.

She is deeply committed to reinventing the way that scholarship focused on Black and Brown communities in the United States is produced. Her work intentionally centers intimate, community level experiences and the documentation of lived narratives as the primary data leveraged in her work. In doing this, Nailah contributes to the expanding definition of “behavioral resistance”; arguing that the narratives, lived experiences and behavior exhibited by marginalized populations are, in many ways, resistance towards the environments systemically suppressing their cultural, creative and indigenous expressions. Heavily employing “on the ground” methods of research and data, derived from the socio-submergence utilized in community organizing, has afforded Nailah the distinct privilege of creating work that factually represents definitive moments, ideas, movements and histories of Black and Brown communities across the United States.

Nailah currently serves as the creator and Research Director for an independently produced pentalogy of collective work that examines five under-explored facets of Black and Brown life within the United States. Nailah is also working with a strategic selection of international universities and community organizations to expand the dialogue around Black / Brown lived experience and behavioral resistance within the United States. These relationships have manifested in the development of a small series of workshops which explicitly connect the experiences of Black / Brown individuals within the United States to those residing within other geographical sectors of the African Diaspora.

Nailah Ricco humbly acknowledges Hampton University (Bachelor of Science) and Loyola University New Orleans College of Law (Juris Doctor) as her Alma Matres, and Harlem NYC as both the original foundation and fountain of inspiration for her independent scholarship.