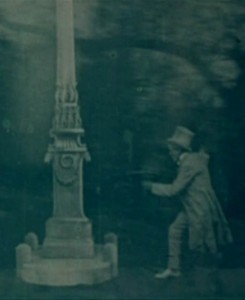 I am a historian and theorist of film, media, and visual culture. My interests vary widely, but are tied together by a shared attraction to those moments when popular cultural production demands a high degree of innovation and experimentation. These include time studies and the time travel genre in literature, film, and TV; pre-cinematic visual culture and early film; sound studies and Hollywood’s transition to sound; kung fu cinema; experimental film, special effects, and animation; animal studies, wildlife cinema, and cryptozoology.

My current book project is entitled Disappearance: The Inventions of Cinema. Both historical and speculative, the book proposes a novel theory of time and cinema, built on the claim that moving images must disappear in order to appear (in order to move), and that they derive their creative force—an endless capacity for invention— from this trait. My larger goal is to make the case for an archaeology of disappearance: a study of what productively disappears in our moving images, historical records, narratives, archives, and databases.

In addition, I am building a new book project on the history of time machines in cinema, while also working on a number of other research/writing projects. Recently, I have also begun development of a digital publishing enterprise called The Island of Dr. Thoreau: A Laboratory for Experiments in Cultural Vivisection, devoted to promoting new, hyper-mediated approaches to media/cultural criticism.

Find out more at http://renethoreaubruckner.weebly.com