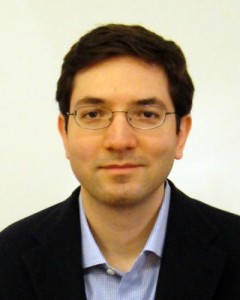 I am currently a postdoctoral fellow at MIT focusing on computational/theoretical biology. I would like to be able to combine philosophy, i.e., philosophical reasoning, with theoretical biology research. Such a combination, which I will henceforth call ‘philosophical biology’ (or ‘PhilBio’), would be distinct from ‘philosophy of biology’, which is primarily a philosophical/historical approach to the development of the biological sciences up to the present. PhilBio, on the other hand, aims to gain deeper insights into foundational questions in biology using a philosophical approach. PhilBio would, in essence, be similar to the ideals of the physical sciences community in the early period of theoretical physics in the 1920s and ‘30s.

Why would PhilBio be a worthwhile endeavor? The answer is manifold but, as an example, one can point to the relationship between molecular biology and our understanding of human diseases. To begin with, molecular biology has experienced significant changes and technical innovations in the past two decades. Whereas novel insights and descriptive modes of understanding began to emerge from the early applications of molecular biology in the 1970s and ‘80s, the widespread popularity of high-throughput techniques and genome sequencing in the 1990s and 2000s led to the generation of a tremendous amount of new insights and descriptive data about the workings of the cell under normal and disease conditions. The human impact of these findings has been especially pronounced in the case of monogenic and/or relatively rare diseases. However, contrary to initial expectations, most common human diseases have remained refractory to various (non-symptomatic) therapeutic interventions, mostly because we have not been able to unify the diseases under a common causative model and/or mechanism. In other words, the mechanistic complexity and heterogeneity of common diseases have proven difficult to simplify. Although there have been many suggestions to view each common disease merely as an umbrella term for many constituent smaller diseases, there nevertheless appears to be a common theme and collection of phenotypes that unite all manifestations of each common disease. The question, therefore, is: what is preventing us from reaching a real and unifying understanding of these pathologies?

PhilBio can begin to investigate the above question, along with other foundational questions which have either not yet been formulated, or formulated only in a descriptive manner. Over the past several years I have begun to consider some of these questions:

I hope to be able to establish PhilBio as a serious program of study within the (i) biology and (ii) philosophy of science disciplines, and expect that it would take some time for the value of this endeavor to become evident. Moreover, although some outcomes of PhilBio studies may be tested computationally or in a molecular biology laboratory, I do not think that experimental validation should be the ultimate standard to validate or invalidate PhilBio. Again to draw an analogy with theoretical physics, early quantum physicists realized that some theoretical paradigms will, at least for the foreseeable future, remain outside the purview of experimental falsifiability in light of the inherent limits within physical experimental approaches. It is therefore to also be anticipated that PhilBio would generate hypotheses or questions that cannot be tested in the laboratory, but their value would only be shown in time and in not-so-predictable manners.

Find out more at http://ehsani.csail.mit.edu/