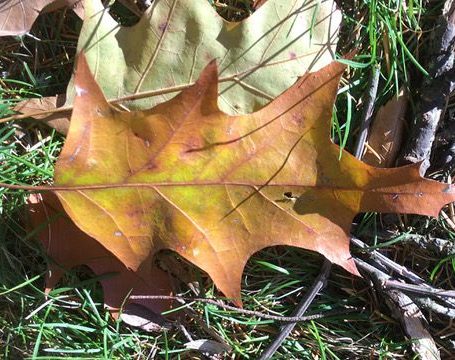 In January 2021, using the GLOBE Observer app, the Mt. Tabor community joined this global network of scientists, students, teachers, hikers, and nature lovers in collecting Earth Science data and sharing in this international network spanning 120+ countries. Beginning in January 2021, what began as Tree Medicine Hikes led by me through the Portland Hiking Meetup Group, more than 400 hikers began observing, sharing and learning about the trees of Mt. Tabor Park. Forming small groups, we began measuring the old growth forest and collected tree height, circumference, and age on more than 150 trees between January and April. Friends of Mt. Tabor and I wrote a small proposal for a conservation grant from the Mazamas to continue collecting data during the Fall and Winter 2021. The Ronin Institute, supporting Independent Scholars, was instrumental in supporting my mission to train new Citizen Scientists and expand the ecological knowledge of the park. Four dates were organized at the end of October and 48 eager community members showed up, ready with the GLOBE Observer app in hand, to learn more about the trees. Another 46 hikers attended the Tree Medicine hikes making it a collective of 94 new Citizen Scientists with a mission to observe, collect and add new information about the trees and forest ecology into the global community. In this Field Report, we summarize the Citizen Science Trainings which will continue on into 2022.

E. O. Wilson asked “How are we going to manage the planet and keep it sustainable if we know so little about it?” Science has been the bridge of knowledge and until recent years, literature and specimens of life have been confined to a small group of museums in Western Europe and North America. In order for anyone to learn about what has been observed and collected, one had to travel long distances to visit these museums. Therefore only those with privilege have been able to participate. With the insistence of Dr. Wilson and the arrival of internet technology the Encyclopedia of Life and the Census of Marine Life came to being, accessible to everyone just less than 20 years ago.

Under a rapidly changing climate, this is the moment where humans acting as a global collective, as Citizen Scientists, are becoming the key in observing and making change. The idea of the Citizen Scientist has broken the barriers to privilege and opened the doors to anyone with curiosity, skill and a phone in their pocket. Their collective information becomes part of a global database and accessible to everyone. The museum collections are now becoming available online, but, as Wilson said, it is only those “linked solidly to knowledge of real living systems that have much chance of being used.”

Under a rapidly changing climate, this is the moment where humans acting as a global collective, as Citizen Scientists, are becoming the key in observing and making change. The idea of the Citizen Scientist has broken the barriers to privilege and opened the doors to anyone with curiosity, skill and a phone in their pocket.

The Tabor Tree Project is a Citizen Scientist Project observing change in an old growth forest known as Mt. Tabor in Portland, Oregon. This 200 acre urban park is located on a dormant volcano. For the people of Portland and the Pacific Northwest (PNW), this forest is connected to the lifeblood of rainfall, and directly to the watershed of Wy’East otherwise known as Mt. Hood. Global Warming has been changing the climate of the PNW with massive wildfires and droughts, and the toll on the forests is now visible. It is here, at Mt. Tabor, where Citizen Scientists, hike participants, and lovers of trees have begun to collect information on the forest using the NASA GLOBE Observer app. With the uploaded information, people from around the world can learn about trees in the PNW, NASA can make accurate assessments on carbon sequestration, scientists can use the collected information in new studies, where mountain climbers can be first observers, and city administrators can make informed decisions all based upon the collected information of the Citizen Scientists of the Tabor Tree Project.

No one knows for sure how many trees lie within the 200 acre urban park, but Mt. Tabor is special, it is an old growth conifer forest with some trees near to 500 years old. Before Portland was a city, when the Multnomah were fishing in the Columbia, these trees were there with them. The giant trees, and even the young giants of Sequoiadendron giganteum just 100 years old will one day reach higher than any tree alive and become more than 3000 years older. Can we as Citizen Scientists, become aware of the trees, their lives, their changes, and grow old among them, leaving generations of legacies to follow?

The Mission of the Tabor Tree Project? Simply, identify as many trees as possible. First, identify the height, circumference, age and location of as many trees as possible. Along with that information we will include changes in soil moisture, bark, cones, seeds, flowers, birds, bees, dandelions, owls and as much information for each tree possible. And do it over and over again to see how things are changing over time.

In 2020 there were major wildfires that shut down the city of Portland for over a week with an air quality index of 500+ and I watched through my glass doors, looking up at the trees of Mt. Tabor, the birds gasping on their branches, the wilting tops of the trees literally falling over, choking. I wanted to know how these wildfires affected the trees and this ecosystem. For me, and so many, the lives of the trees are embedded into our human lives and there is no separation. We look to the trees, as signs, as reflections and the more we learn about them the more we learn about ourselves. This is our mission, can we actually measure the increase in Natural Killer cells when we walk through the conifer forest, or do we just feel better? Some things are impossible to quantify, but feeling better is a quality that can be measured.

In summary, the Second part of the Tabor Tree Project which began in October 2021 with 4 new training sessions at Mt. Tabor was a great success. With a 94% show rate of 48 signees, it was proven that the people of Portland Love Trees! And the Friends of Mt. Tabor is a vital center for learning and sharing this love and community. Ninety-four new Citizen Scientists were added to the community and we will continue to support via information letters periodically until the next phase of training begins in April 2022. 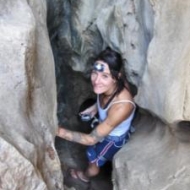 Candace Gossen, PhD is a Field and Research Scientist and lover of trees. She is a teacher, NPS Park Ranger and Ronin Scholar training Citizen Scientists.