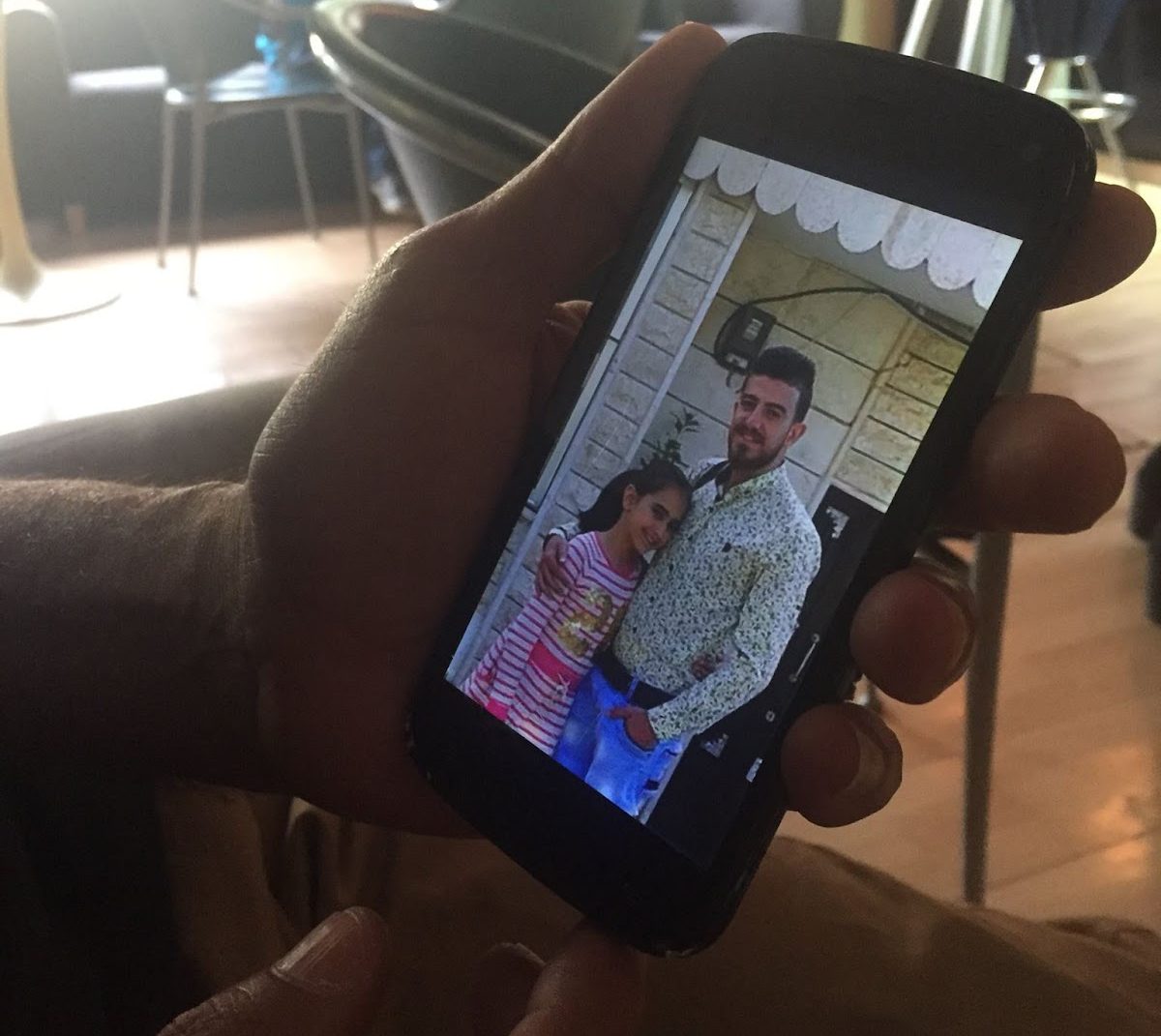 I identify as a cultural heritage defender.  I’ve been fortunate to have spent decades working with several remarkable museums including The Isabella Stewart Gardner Museum, the Rose Art Museum at Brandeis University and the Museum of Fine Arts, Boston. With a speciality in managing museum collections, I’ve worked with  every type of artwork one can imagine, from ancient funerary sculpture to contemporary digital projection, from 15th century manuscripts, to sculptures containing horsehair and plastic. These days, I oversee the enormous collections of photographs, prints, drawings, sculpture, paintings, music manuscripts, (and more!), as the Lead Curator of the Arts at Boston Public Library.  I have a BA in Anthropology from Hampshire College, and a Master of Science in Archival Preservation from Simmons College.

In 2016, I was invited to join a cohort of 25 heritage professionals from around the world for a month long intensive training scheme called “First Aid to Cultural Heritage in Times of Crisis” (otherwise known as  FAC),  developed by the International Centre for the Study of the Preservation and Restoration of Cultural Property (Rome), and the Smithsonian Cultural Rescue Initiative (DC), which was developed in response to the devastation to people and heritage caused by the earthquake in Haiti in 2010.  FAC develops  a wide range of response strategies to protect heritage –  places, objects, and artistic expressions – during the most difficult of circumstances caused by war or other disaster.  Later, I was then invited to FAC’s leadership training program and I now develop curriculum for future trainings.  (my focus has been mainly in zones of conflict. At the moment, I’m working on a regional course based in Armenia). This work aims to build crisis response skills in high risk areas around the world, to integrate heritage recovery into emergency response, and to build strong networks of professionals who can support one another . There are more than 150 trainers sited in high risk areas around the globe.

Why is there a need for this work?

I’ve observed the impact of disaster, conflict and war on people from Afghanistan, India, Haiti, Iraq, Syria and the United States, and I understand the value of incorporating heritage protection alongside humanitarian aid. I’m often asked, “How is it possible to think of artifacts, monuments, or works of art when human lives are at stake?” Of course human lives come first. We also have to give people something to live for. Heritage plays a critical role during disaster; a family recipe written on a slip of paper recovered from a home destroyed by flood waters can act like a life raft or a person who has lost everything.

To feel at home is a basic human need, a kind of psychic immune system from which is drawn the strength and resilience necessary to face life, especially during crisis.  Preserving a connection to home provides a wayfinding sign, enabling emotional reorientation after catastrophe. Those who don’t feel at home will be correspondingly compromised. It is no surprise, unfortunately, that violent and forced displacement, and the strategic destruction of the cultural associations of home, is a recognized strategy in war, a means whereby the aggressor demoralizes and makes vulnerable the people it wishes to control.

When there has been no choice in the matter of leaving home, the need to remember it becomes paramount. Recalling the sights, sounds, tastes, and the physical atmosphere of a place, can give people a path out of the immediate crisis of deprivation. For many who are left bereft from place-loss, the dream of home means actual building – manifesting memory into something architectonic. This phenomena – the  recreation of a lost place  –  is seen again and again during the recovery period after disaster. Precious remnants of a vanished world are reassembled, and memories are indexed through the process of reassembly.

There are historical precedents. Survivors of the Armenian Genocide compiled Houshamadyan, or “Memory-Books” documenting life and traditions in villages before they were erased by the Ottoman empire. These books, originally created in an act of survival, contain vital historic information for researchers, Armenian and non-Armenian, even today.  Another example are Yizkor (memorial) books, created by survivors of the Holocaust: photographs, illustrations, maps, and necrologies documented Jewish communities before the Second World War, and became a tool through which Jewish life could be reconstructed and recalled. These resources are now kept in special collection libraries.

When we reached the digital age, survivors of the Bosnian war used the current technology available to them – the internet – to create their version of a Yizkor book. Online, village-specific neighborhoods were created through websites that connected people to their homes, documenting exactly the same type of cultural markers that Armenian ad Jewish survivors compiled, decades before. Today, social media platforms, like Facebook, act as a tool for documenting and recreating places impacted by war. Every generation that experiences such a violent disruption from home will use the tools available to them to rebuild familiar connections. Unfortunately, these digital memory books are at risk of loss due to their format.

In response to the displacement of over half the population of Syria since the war began in 2011, multiple Facebook groups have evolved as a way to virtually reconstruct places and hold onto histories, that so many are disconnected from and may never have a chance to experience in real life again. The ancient and beloved city of Aleppo, a place that has suffered immeasurable destruction, is a particularly important subject for Syrians who have been forcibly displaced.  An excellent example of a very active group is called The Encyclopedia of Aleppo Folk Proverbs, with over 50K members, administered by Souha Chaban (formerly from Aleppo), who started the page.

Group participants are invited to share photographs (personal and collected), stories and memories of the city and traditions specific to Aleppo. These groups are building not only a collective memory, but collective knowledge that can be used for future researchers who hope to reassemble the history of a place utterly disrupted by war, just as previous generations have done. The Facebook Groups are a place where participants share information about damage to and loss of historic buildings, and also recall intangible heritage, such songs and local expressions. Through this practice, practical information is stored, and community networks are being reformed.

I came to this research and subsequent project after having spent time in a refugee squat housed in a disused hotel in  Athens called the Refugee Accommodation and Solidarity Space at City Plaza (an incredible and important place that deserves its own blog post!).

There, I learned the critical role of mobile phones as keepers of digital memories. The mobile phone is used by refugees not only as a vital tool for communication and navigation, but as a digital scrapbook.

These phones often hold the only memories of home for many refugees that have been forcibly displaced. I spoke with Syrian refugees who were devastated when their phone died and they lost their photographs.  Preserving the digital record requires proactive stewardship. As a proprietary company, Facebook has the power to remove content with the click of a button. Preserving the content and the dynamic responses to posts is not as simple as downloading using the option provided by Facebook.

Securing funding as an independent researcher and practitioner is a challenge.  I was excited to discover the Ronin Institute in 2019, and had an encouraging conversation with Jon Wilkins who welcomed me to become a member. Knowing the Ronin Institute was able to act as a host for individual scholars and administer formal funding was an incredible relief and gift. With Ronin to support my funding application, in 2019, I applied for and received a planning grant from the Modern Endangered Archives program, administered by UCLA, with the Arcadia Fund.

This survey will develop best practices for preserving Facebook Groups related to Aleppian commemorative archives. My co-researcher and thought-partner is  AlHakaam Shaar, an academic who leads The Aleppo Project, a community, collaborative initiative that envisions the eventual rebuilding of Aleppo.

We are joined by technical advisor Ed Summers, from the University of Maryland, a software developer, teacher, and researcher working at the intersection of libraries, archives, and the World Wide Web, and key contributor to the Documenting the Now initiative. Our work includes developing an archival assessment rubric for Facebook groups, examining the technical issues of moving content away from Facebook and into a traditional digital archival repository, developing best standards for preserving this material, and evaluating privacy challenges and conditions. We have partnered with the Syrian Heritage Archive to better understand how content from Facebook might inform their mission to collect community knowledge about local heritage.

It is our hope that the information gleaned from these Facebook groups, created by former residents with deep local knowledge and community networks, may help inform priorities when recovery and reconstruction is possible, thereby contributing to the possibility of authentic conflict transformation practices that might contribute to a more peaceful recovery process.

For more details about this work, you can watch the Lightning Talk on the Ronin Institute’s YouTube Channel, below. 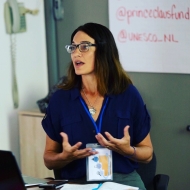 Kristin Parker is a Research Scholar at the Ronin Institute, a cultural heritage defender and Lead Curator of the Arts at Boston Public Library. She develops projects that explore the possibility of conflict transformation through cultural heritage recovery.