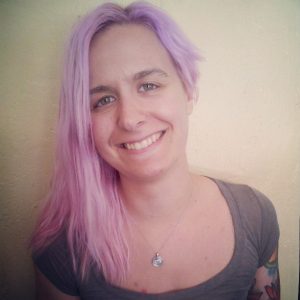 According to epidemiological data, idiopathic chronic illnesses in the United States are almost always more prevalent in women than men. Such diagnoses include fibromyalgia, chronic fatigue syndrome, irritable bowel syndrome (IBS), rheumatoid arthritis, Crohn’s disease, post­Lyme disease syndrome, postural orthostatic tachycardia syndrome (POTS), non­epileptic seizures, multiple sclerosis (MS), migraine, celiac disease, anxiety, depression, and mood disorders. This NIH and CDC research does not adequately account for this gender disparity, makes no attempt to examine beyond the gender binary, and adheres to the medical model of disability in which bodies are blamed for disease.

Jumping off from research on gender­biased diagnosing (Munch 2004) and founded on the social model of disability, which establishes that societal institutions, infrastructure and attitudes create disability, my research posits that idiopathic chronic illness indicates a failing of the US mainstream neoliberal medical system, rather than a failing of cis women’s bodies. I examine the US mainstream medical system as a tool of white supremacist capitalist patriarchy (hooks 1981), in which white cis men are the most valuable laborers, so their health and wellbeing are prioritized in order that they may financially provide for people of other genders, children, the elderly, and the disabled. This underpins the construction of idiopathic chronic illness, the resultant preponderance of diagnoses of cis women, the dearth of queered research examining incidence beyond the sex binary, and the intersections with other oppressions. This project will be accompanied by biographical vignettes from people with idiopathic chronic illness and medical professionals who work with them. I intend to give presentations to people who have chronic illness; scholars in gender studies, science studies, and medical fields; medical industry players, who research and treat people with chronic illness; and anyone else that wants to listen. I also intend to write several books delving into social scientific analysis of the medical industry.