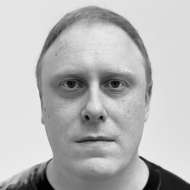 Consider the example of evolutionary explanations of social norms. Game theorists traditionally model the emergence of social norms through a system of differential equations to provide a “top-down” equilibrium analysis. The benefit is that these models are mathematically tractable and can be solved analytically. However, they are straightforward and idealized.

I instead advocate agent-based models of social norms. Individual agents are programmed with their objectives instead of using differential equations to represent the state of the whole system. Agent-based models provide at least two levels of analysis. One, a scientist can study the dynamics of the entire system based on the actions of individual agents. Two, a scientist can study the dynamics of individual agents based on the changes in the whole system. Agents are unique in their characteristics and only interact with some, not others, depending on location and time. This approach allows scientists to study the complete interaction of numerous agents who are different from each other in specific ways. Radically different social norms emerge depending on the range of the type of agents included in the model. This approach allows for studying specific causal mechanisms behind converging behavior and why agents switch from one equilibrium to another or none at all.

The range of these causal mechanisms significantly affects a population’s equilibrium state. Change the causal mechanisms, and different behaviors result. Refining said causal mechanisms to more accurately model further distinctions in behavior is reasonable, creating specific causal histories to investigate empirically. This allows for the empirical accuracy of a model’s causal mechanisms to increase in importance when refining the models for greater explanatory power. The parent sciences (e.g., anthropology, biology, economics, etc.) are essential. Indeed, when explaining the social norms of particular cultures, appealing to equilibrium explanations does not provide any additional information beyond the explanations of the parent sciences. Interestingly, equilibrium explanations in this context are not relevant to explaining the occurrence of particular social norms due to the requirement for causal information.

Artificial Intelligence, Complexity Sciences, Data Science, Decision Theory, Deep Learning, Game Theory, Logic, Machine Learning
Artificial Intelligence, Data Science & Management, Decision Science, Machine Learning, Philosophy, Philosophy of Science, Statistical Analysis & Methodologies
https://orcid.org/0000-0002-1523-1069
https://www.researchgate.net/profile/Ashton-Sperry
We use cookies on our website to give you the most relevant experience by remembering your preferences and repeat visits. By clicking “Accept”, you consent to the use of ALL the cookies.
Do not sell my personal information.
Cookie SettingsAccept
Manage consent