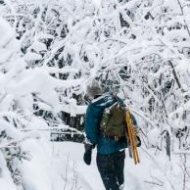 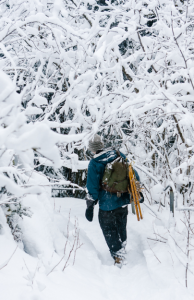 My primary research interest is the biology of animal play. My book Animal Play Behavior (Oxford and New York: Oxford University Press, 1981) remains a standard reference on the topic. My current interests in animal play span the phylogenetic spectrum of playful and possibly playful species, with special emphases on birds and nonhuman mammals.
I am writing a new scholarly book on animal play.
I conducted a ten-year field study of play behavior in brown bears Ursus arctos on Admiralty Island, Alaska, in collaboration with Johanna Fagen. We found that play experience increases survival in the young brown bears we studied. This finding and others reported subsequently by other researchers and on other species indicate that play has benefits that can be measured in ecological currency — survival, for example — or, less directly, with broadly accepted surrogate measures.

In addition to my new animal play book, my current research and writing projects include:
-- a field study of flight-bathing and flight-bathing play in Tringa sandpipers in the Juneau, Alaska area
-- tabulation and analysis of brown bear-bird play observations from the Admiralty Island field study noted above
-- a review of play and playlike behaviors in birds
-- opportunistic observations of play in Juneau-area birds, particularly Northern Ravens Corvus corax, American (“Northwestern”) Crows Corvus brachyrhynchos, and Bald Eagles Haliaeetus leucocephalus
-- research methods in animal behavior, including data analysis and visualization, statistics, and movement notation.
I am a retired University of Alaska faculty member and currently work part-time as a GED examiner at a Juneau adult education center. I have studied the Tlingit language for five years. I have performed in local productions of the Nutcracker ballet each year since 1992.

Biology
We use cookies on our website to give you the most relevant experience by remembering your preferences and repeat visits. By clicking “Accept”, you consent to the use of ALL the cookies.
Do not sell my personal information.
Cookie SettingsAccept
Manage consent