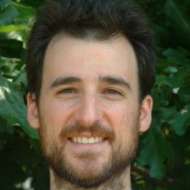 Brent is a Boston-based policy professional and researcher, trained in intellectual history at Harvard and environmental science and policy at the Central European University. Areas of research include the following:

Interests include: the social/ethical underpinnings of the authority and credibility of scientific communities; the persistence of scientific norms over centuries; the religious roots of scientific culture in the seventeenth century; the climate science culture wars and ways out; the ethics of science communication.

Interests include: animist epistemologies and indigenous ethics, concepts of purity and pollution, and energy regimes and societal values.

Blue sky policy proposals (alone and in collaboration with others):

History, Philosophy
We use cookies on our website to give you the most relevant experience by remembering your preferences and repeat visits. By clicking “Accept”, you consent to the use of ALL the cookies.
Do not sell my personal information.
Cookie SettingsAccept
Manage consent