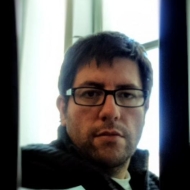 I obtained his BSc in Biology from the University of Málaga (Spain) and then moved to the
University of Exeter (UK) for my Ph.D. in Quantitative Biology with Prof. Robert Beardmore. Here I focused on the adaptation of Escherichia coli to antibiotics as a function of drug concentration, and spatial organization by combining mathematical modeling, experimental evolution, molecular biology, and algorithm development. To study the relationship between the spatial organization of E. coli and the emergence of resistant mutants, I co-developed a device to track the growth of bacteria on Petri dishes, a technology that he would later use to develop the light modulator (LIMO®).

Currently, I am developing at Stanford University a point-of-care milifluidic diagnostic device that can detect SARS-CoV-2 in biological samples. The goal is to make a device that is affordable and can be easily mass-produced. In the future, I hope to adapt the underlying technology to detect other pathogens.

Feel free to get in touch!

Drug resistance, experimental evolution, mathematical modelling, technology development
We use cookies on our website to give you the most relevant experience by remembering your preferences and repeat visits. By clicking “Accept”, you consent to the use of ALL the cookies.
Do not sell my personal information.
Cookie SettingsAccept
Manage consent