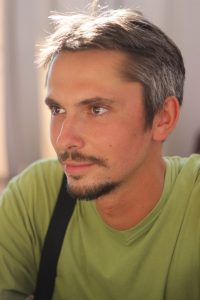 My primary research interests focus on Genoese and Venetian colonization of the Black Sea in the fourteenth and fifteenth centuries in a transnational perspective and on the multicultural societies resulting from this colonization in the broader framework of colonial history. My work traces continuity between Genoese and early modern (e.g., Hispanic) colonialism. My area of studies therefore lies at the intersection of such overlapping fields as global history, world history, social and economic history, transnational and comparative history, urban studies, colonial history and theory (in terms of the models of late medieval – early modern colonialism), diplomacy, and the history of international relations.

Dealing with the Genoese overseas colonies one has to face certain gaps. Firstly, since the second half of the last century the academic world has been more inclined to conceive of the fifteenth century (following the trend laid by R. Lopez) as a period in which the Genoese Black Sea trade declined, or at best became regionalized, which does not seem to be the case if one carefully scrutinizes the sources. Secondly, it is necessary to go beyond the Eurocentrism of most researchers of the Italian colonies, who have been primarily interested in the Italian presence on the Black Sea and ignored the issues connected to other nations. Perhaps this is due to the fact that the histories of Caffa and of the Italians on the Black Sea bear a theoretical and methodological stamp of the previous age of historiography: it was not until recent times, in fact, that the interaction of the Italians with the locals provoked any academic interest whatsoever. Thirdly, in this field there is a huge gap between the scholars working with the written sources (mainly Westerners and mainly in the Italian archives) and those working with the material sources (mainly Russian-speaking scholars working in situ in the Black Sea area, the results of whose work are unavailable in English). My work introduces an interdisciplinary approach into the field by overcoming the ‘disconnect’ between written and material sources thereby calling for a reconsideration of the dominant Eurocentric prospective. These three goals are, however, tools rather than the main agenda of my study. Besides filling these gaps, my dissertation will be perhaps the first panoramic overview of the history of Genoese Caffa and Gazaria written in English. My research thus has significant implications not only for understanding the Genoese colonial presence in the Black Sea region, but also for contextualizing the history of Caffa in a broader context of (proto-) global history and a broader understanding of the history of Mediterranean, Western, Central, and Eastern Europe.

The main research problem I am currently addressing is how Genoese Caffa adapted, or failed to adapt, to the political situation of the fifteenth century created by the Ottoman expansion and the shift of trade routes that occurred in the second half of the fourteenth century. Were external political or internal economic factors the main reasons why the Genovese lost power, which led to the transfer of the funds to the West (including the financing of the Hispanic colonial enterprises)? What was Caffa’s political and economic importance in this rapidly changing world of the Eastern Mediterranean? Which factors led to the fall of the Genoese colonial empire? What can we learn from a close study of these colonies about how late medieval – early modern colonial empires functioned?

To address these issues, I focus on a number of more specific questions more closely linked to the sources. What was the nature of the Genoese colonial strategies in terms of foreign policy? How were these strategies applied and how did they work in practical terms? How did the Italians interact on a high level with the local political subjects? How much and in what sense were the policies connected with the commercial situation? What can be said about the commercial dimension of these policies? How did Genoa manage its diplomatic network in the region? Which transformations can be traced in the Genoese system of administration between the 1380s and the 1470s? Were the Genoese colonies just a constellation of loosely connected trading stations, or were they instead a centrally managed territorial domain with an effective center in Caffa? How deep did the Italian expansion go into the hinterland? Was there a decay of long-distance trade or a regionalization of trade in the fifteenth century Black Sea region? What was the nature of the connection between business and social life? How did the multicultural and entangled society of Caffa work? What kind of interaction did the Westerners have with the local population? Was Latin culture simply brought from Italy, imposed on the Crimea, existing thereafter in a vacuum, or was there a synthesis? What exactly did the multiculturality of the society of Caffa consist in – a mere coexistence of several different cultures or their contact, exchange, and/or merging? My recent archival finds and exciting insights (many of them stimulated by interaction with my peers and colleagues here at the EUI) have offered me with a new perspective on the city and its role in the larger world.