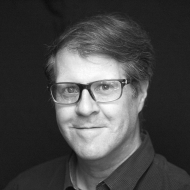 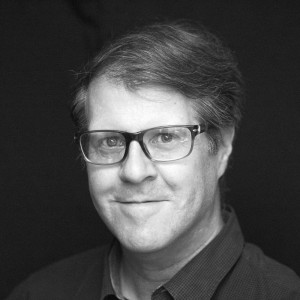 I am interested in the use of computational models as intellectual frameworks for organizing data and transforming it into knowledge; as vehicles for the communication of ideas, and as a synergistic component of life science research - generating hypotheses that can be tested in the laboratory and contributing to the design and analysis of experiments. In biology this means addressing a set of challenges that has so far made it very difficult for computational modeling to be a part of the research mainstream in the way that it is in the physical sciences. These challenges include the staggering complexity of biological systems, as well as their heterogeneity and inherent stochasticity - all of which impede any easy or intuitive understanding of how living systems function.

I am also drawn to the very compelling semantic and cognitive challenges of using computational modeling in life science research. Most biological modeling is built upon paradigms borrowed from other fields in which the modeling tradition is more mature – the use of ordinary differential equations (ODEs) for example, which are the lingua franca of many models in the physical sciences. For models to be really effective in biology however, I believe that they need to be better able to represent biological systems in an idiom that is meaningful to biologists. This notion also extends to the idiom in which questions may be asked of a model and in which any responses that it might give, are framed. I have worked extensively in the development of new modeling paradigms and platforms for biology, as well as in the development of grammars and ontologies for representing biological systems and entities. My interest in the cognitive aspects of biological modeling is also reinforced by an interesting analogy that I see in the work I have done in User Experience (UX) design for software development. Insofar as a piece of software must effectively represent a system or process to a user, its user interactions need to conform to an idiom that is both intuitive and meaningful for the user.

There is the additional challenge of representing living systems at a ‘biological’ scale rather than a physicochemical scale. I have spent a lot of my early career modeling biological systems at the scale of atoms and molecules. ‘Biological’ models assembled at this scale using traditional modeling paradigms like Newtonian mechanics and ODEs, are largely incapable of providing much in the way of insights into the biology of a living system. This is due to the inability of such approaches to handle both the astronomically large number of moving parts and much longer timescales that are characteristic of the macroscopic events that we would consider as biological behavior. In practice this often means creating either very accurate models of a very tiny part of the system of interest, or sacrificing detail via aggregation and simplification of the model’s features in order to build a larger scale, but lower resolution model of the system. I summarized this problem in The Uncertainty Principle For Traditional Biological Modeling – “You can have scope or resolution, but not both at the same time”.

In the startup world I had the opportunity to pursue some new approaches to biological complexity, including agent-based models and domain-specific, formal grammars. I would like to continue this work further, exploring these new approaches and applying them to some of the biological systems in which I am interested, and which I have worked with over the course of my career. These include the immune system and the cell signaling pathways that drive cell survival, division and programmed cell death.

Computational Biology
We use cookies on our website to give you the most relevant experience by remembering your preferences and repeat visits. By clicking “Accept”, you consent to the use of ALL the cookies.
Do not sell my personal information.
Cookie SettingsAccept
Manage consent