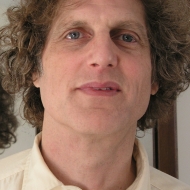 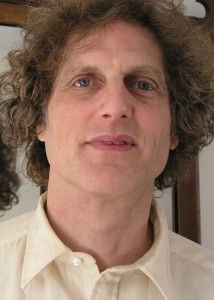 Standard models of Darwinian evolution focus on individual reproductive output as a measure of fitness. From this perspective, aging is the opposite of fitness.  It is inconceivable that aging could be regarded as an adaptation.
And yet there is abundant evidence for a genetic program that fixes a maximum life span.  There are genes that enforce aging, genes that seem to have no other purpose than to kill the individual who carries them.  What is more, some of these genes have been conserved across the biosphere.  Aging genes have been preserved over a billion years of evolutionary history, since the first eukaryotes.  It sure looks as though evolution wants us to die.
How can we imagine a Darwinian process directed toward the loss of fitness?  Certainly this must be a sort of evolutionary altruism, but the individual costs are too high, the group benefits too weak and too widely dispersed among non-relatives to be explained by inclusive fitness models or even multi-level selection theory.
My hypothesis is that entire ecosystems are co-adapted for demographic homeostasis.  Without aging, the principal causes of animal mortality would be starvation and epidemics.  These phenomena are very "lumpy", in the sense that either everyone is fine, or everyone is in trouble.  But when deaths are so tightly clustered, populations can be dangerously unstable, leading to population crashes and extinctions.
Aging has evolved as a way to level the death rate in good times and bad, to stabilize population dynamics and avoid extinctions.
The implications for evolutionary theory are profound, and so are the implications for medical research.  If aging is a pro-active genetic program, then targeting that program pharmaceutically may be the most productive medical intervention of all time.
Research page, with links to publications:  http://SimEvolution.org
Individual anti-aging program:  http://AgingAdvice.org
Blog, with weekly articles on topics in longevity:  JoshMitteldorf.scienceblog.com
Uplifting quotes, unexpected science, poetry, music and anything else that inspires wonder:  http://Daily-Inspiration.org
Contact Josh at josh@mathforum.org
Biology, Evolution
We use cookies on our website to give you the most relevant experience by remembering your preferences and repeat visits. By clicking “Accept”, you consent to the use of ALL the cookies.
Do not sell my personal information.
Cookie SettingsAccept
Manage consent