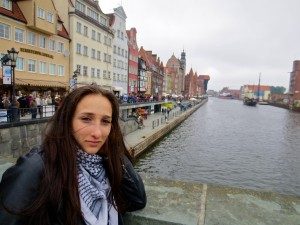 I received my Ph.D. in medieval history from UCLA in 2015. Between 2011 and 2013, I lived in Vilnius, Lithuania where I conducted my research with generous funding from the Fulbright Student Program and the American Council of Learned Societies Eastern European Studies Program. I have presented my research at conferences worldwide, including at the Baltic Studies Conference in Marburg, Germany and the German Historical Institute in Warsaw, Poland.

Since completing my studies, I have began to pursue my second passion—teaching. My goal is to expose students not only to the fun of learning history but to show how the process of researching and sharing one’s findings helps us develop a versatile toolbox of skills and habits, including critical and creative thinking, communication and problem-solving abilities, and intellectual self-confidence. I am also currently co-organizing a conference entitled “Futures of History: Discussions, Displays, Demonstration.” It is intended to promote new ways of conceptualizing the discipline of history and the broad application of a historians skills and expertise in the public as well as private sector.