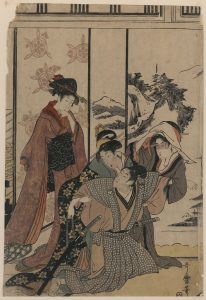 My research and writing focus is primarily on geopolitically motivated violence and challenges to human security, specifically protection of civilians in their daily lives; how international civilian and military organizations negotiate their work in volatile circumstances; how timelines accelerated by cyberspace has increased the need for deeper analysis to avoid unintended consequences when making decisions on civ-mil interventions.  I am also interested in exploring a range of philosophical issues that help to better understand human behavior in violent situations and are relevant to real life geo-political issues and policy decision making processes driving civilian and military interventions.

These interests have led to my research in PeaceTech, a range of digital technologies, used to support the goals of grassroots peacebuilding organization and my current 2022-23 US Fulbright Scholar grant at RIT Kosovo (AUK) researching and teaching this subject.

This work builds upon earlier interdisciplinary research and fieldwork in Northern Ireland, Serbia, and South Africa to complete a doctorate examining perceptions of justice, identity, forgiveness and revenge in early post-conflict transitions, International Development, University of Oxford UK and a M.Sc. International Development, London School of Economics UK. Work on economies emerging from crisis (Eastern Europe, Northern Ireland) was completed for a B.A. in economics and government, Smith College U.S.A.

I am interested in expanding upon this research either independently or collaboratively by launching a much larger interdisciplinary, multi-institutional project that will potentially influence and contribute to policy making discussions on the intended and unintended effects of civilian and military interventions around the world. I especially enjoy exploring areas that initially appear to be unrelated to research questions but that often provide critical insights into complex problems.

My book “Negotiating Civil-Military Space, Redefining Roles in an Unpredictable World” was published in 2016 by Routledge.

Previously I worked with the Scholars Program, Center for the Study of Civil Military Operations (CSCMO), U.S. Military Academy, West Point; was a Visiting Scholar, United States Institute of Peace (2012); Public Policy Scholar, Woodrow Wilson International Center for Scholars, Washington DC (2011); embedded Civilian Advisor with U.S. Forces Iraq Reconciliation Team and Military to Civilian transition (2009-2011) and received The Joint Civilian Service Commendation Award (with medal) for reconciliation activities in Iraq. I have been teaching Political Science (theory, social media) and conflict related courses as an adjunct and half time professor at University of Maine Farmington and at Rochester Institute of Technology, NY where I co-led a Study Tour of honors students to Croatia and Bosnia and Herzegovina in May 2022.