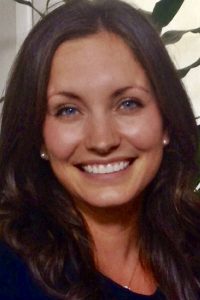 My main research interest is film music in the United States, specifically the ways in which certain directors use music as a procedural motive in their films, as well as the work of women in the Hollywood film music industry. My dissertation work, which I completed in spring 2016 along with my PhD degree from the University of California, Santa Barbara, focuses specifically on auteur writer–directors emerging in the late 1990s and early 2000s who aimed to define themselves as particularly “musical” filmmakers by incorporating what they understood to be musical elements from as early as the screenwriting phase and collaborating closely with non-classical composers. I am interested in how these filmmakers and others in their generation incorporate music into the filmmaking process in ways that blur or push the boundaries between musical genres and, further, between the media of music and film. Over the course of my PhD work, it became increasingly clear to me that women composers have been particularly underrepresented and unsupported in the realm of film music, especially given the pervasive sexism in the Hollywood film industry. My current and future research merges contemporary musicology and ethnomusicology by focusing on the women who are currently writing music for film and television. I am interested in their experiences, but also in analyzing their work alongside that of their male peers.