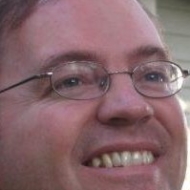 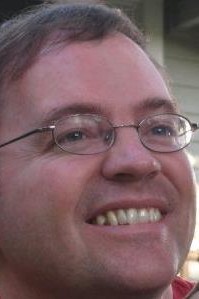 My research concentrates on geographies of power around international development, social movements, extractive industries, agriculture, Africa, Middle East, Latin America and the contested academy.  I graduated with a PhD from the University of Denver in 2009 with training in comparative politics, international economics and international development.  In my dissertation, I asked why the social welfare portion of the Chad-Cameroon Petroleum Development Project (CCPDP) failed so quickly, almost like a planned demolition, while oil exploitation proceeded ahead of schedule.  I argued that leaders of the World Bank and the Chad-Cameroon oil consortium developed the CCPDP as part of the larger project of neoliberalism as spectacle (academic narratives and governance policies based on the presumed sovereignty of the relatively rational, self-interested individual), in which academics and policy-makers  represent “the individual” as desirous of and amenable to the kind of development promised by the CCPDP. Corporate leaders developed and promoted neoliberalism not to describe or explain exploitation but rather to legitimize and justify that exploitation for external audiences.  Meanwhile, they employed the same kinds of brutal violence that have long characterized pre-colonial, colonial and post-colonial exploitation.
I have more recently focused on social movements, corporate exploitation and the contested academy in the context of Thomas Sankara’s legacy in Burkina Faso; the “Arab Spring” and resistance in Burkina Faso and Egypt; “fragmented stability” in Cameroon; “Social Movement Theory”; “localwashing” the Chad-Cameroon oil pipeline; and politics of science concerning GMOs and agroecology. I have recently published chapters in Amber Murrey’s A Certain Amount of Madness; Amentahru Wahlrab and Michael J. McNeal’s U.S. Approaches to the Arab Uprisings; and Toyin Falola and Wanjala S. Nasong'o’s Contentious Politics in Africa.  I have also published articles and book reviews in Human Geography, Antipode, Pambazuka, CODESRIA Newsletter, Extractive Industries and Society and Human Ecology Review.
I am involved with the Coventry University Centre for Agroecology, Water and Resilience as an Honorary Research Fellow, and the Agroecology Research-Action Collective (ARC) as a scholar-activist.
To learn more, visit https://www.researchgate.net/profile/Nicholas_Jackson2
Contact Nick at nick.jackson@ronininstitute.org
We use cookies on our website to give you the most relevant experience by remembering your preferences and repeat visits. By clicking “Accept”, you consent to the use of ALL the cookies.
Do not sell my personal information.
Cookie SettingsAccept
Manage consent