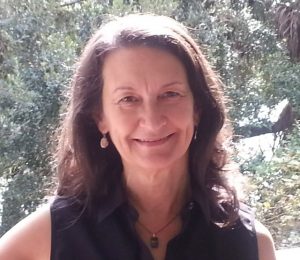 I am a sociocultural anthropologist and my research focuses on Puerto Rican experience in Puerto Rico and in the U.S. diaspora. Puerto Rico’s colonial relation to the United States means that my research engages questions about citizenship in relation to race, class, and place. I am also interested in memory and meaning-making in community formation. My current project, Not That Kind of Latino: Difference and Politics in a Sunbelt City, has included 10 years of ethnographic, oral history, and archival research in Orlando, Florida. Puerto Ricans number a full one half of the Orlando-area Latino population, and they arrive in balanced numbers from both Puerto Rico and from long-established diaspora communities in the U.S. Northeast and Midwest. Because they are U.S. citizens, they can register to vote in Florida as soon as they arrive in Orlando. Their presence in the area is challenging Cuban hegemony in Florida and drawing national attention in each election cycle.

Not That Kind of Latino offers an in-depth look at an emerging Latino center in the U.S. Sunbelt, where the newly arriving population is heterogeneous, but the receiving population has been historically subsumed into black and white. It argues that the political identifications and practices of Puerto Ricans in Orlando are informed by divergent experiences of class, race, and place that Puerto Ricans both bring to, and encounter in, this new diaspora space in the U.S. Southeast. It further argues that rather than being exceptional among Latinos because of their birthright U.S. citizenship, Puerto Rican experience offers a lens through which to view and analyze Latino experience in the United States more widely.

This project is now in the writing phase. The book’s data include ethnographic renderings from participant observation and informal, conversational interviews with Puerto Ricans, other Latinos (Cubans, Mexicans, Colombians, Panamanians, Dominicans, Venezuelans, and others in Orlando’s Latino community), and non-Latino whites and blacks in the Orlando area. They include as well recordings of semi-structured interviews and oral histories with about 150 Puerto Ricans. Between 2006 and 2016, I attended Puerto Rican and other Latino cultural events, meetings of professional organizations, activist community meetings, public hearings, chamber of commerce events, church activities, and open and closed political meetings. Comparative reading of mainstream and Spanish-language papers in Orlando provided additional data. In 2014, I served as witness in a federal case against Orange County, Florida, for diluting the Latino vote in the decennial redistricting. Over the course of my research on this project, I have become especially interested in using oral history as a vehicle for community formation and participatory social change.

For me, ethnography is not an objectified translation of the ethnographer’s notes. Ethnography demands to be situated in, and set into dialogue with, historical trajectories of time and place. Orlando’s particular place in Florida’s socio-political field, Florida’s racial and political history, the post–civil rights emergence of multicultural neoliberalism in the United States, and the impacts of globalized neoliberalism on Latin America all inform Orlando Puerto Rican and Latino political life.

Prior to my work on this project, I conducted ethnographic research in Puerto Rican schools undergoing state-mandated reforms. That project focused on how teachers navigated the dynamics of their positions as intermediary agents in colonial state formation. Articles from that work appeared in American Ethnologist and Identities: Global Studies in Culture and Power. Along with several book chapters, articles from my current project have appeared in Memory Studies, Latino Studies, CENTRO: Journal of the Center for Puerto Rican Studies, and Southern Cultures.