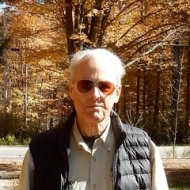 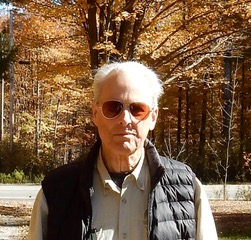 In broad terms, my overall objective is to contribute to the development of the theory of chemical reactivity with special emphasis on reactions that can potentially couple molecular structural transformation and the interaction with light and/or interfacial charge transfer. In short, I am interested in designing novel photo-electrochemical reaction systems for solar energy harvesting and conversion. Because my interests involve interfacial phenomena, my research overlaps areas of condensed phase physics and biophysics in which enzymatic, and other, e.g., DNA, systems can be seen as involving smaller reactant molecules interacting with a larger surface substrate such as an enzyme. I am interested in developing theory and analysis that specifically addresses structure-controlled function, which is essential to enzymatic catalysis and bio-mimetic exploration.

For the past two decades, I have focused my attention on the problem of developing the theory and analysis of molecular vibrations in molecules that can be described as composed of a small part, often one atom, that executes anharmonic dynamical behavior while the remainder executes small-amplitude, collective harmonic oscillations. The harmonic oscillator model of molecular vibrations is well-established and is addressed by a number of available computational analyses, for example, collective normal mode analysis. Anharmonic motion is notably different in that for sufficiently high excitation of the relative atom-atom motion, the bond can change or break. For diatomic molecules, there are well-known models, such as the Morse model, to account (quantum mechanically) for the behavior. Within a polyatomic molecule, the composite picture is more complicated. Energy is shared and transferred between modes, and the collection of sufficient energy in one region of a molecule can result of bond break. Much of the modern theory of chemical reactivity explores the chance that sufficient energy can be found for reactive configurations; rate constants can be estimated (i.e., calculated) for such situations.

My current research concerns the development of specific theoretical and algorithmic steps to follow to allow the calculation of rate constants, transport coefficients, and transition probabilities for the class of transformation I have described above. A definable molecule is an atomic system. Individual parts and the nature of the interactions (i.e., covalent bonds, ionic bonds, and non-bonded van der Waals interactions) between the atoms in a molecule can be modeled. My form of modeling employs polynomials of Gaussian coordinates x of the form x=exp(-ar2): r is the bond length. Many-body effects, generally seen as interactions between triplets and higher numbers of atoms, are represented as products of different bond Gaussian coordinates. The entire analysis is facilitated by using Cartesian harmonic oscillator wavefunctions, which are members of the class of Gaussian functions that have been used extensively for the very successful quantum electronic structure theory of the covalent chemical bond.

For the next few years, my research will be specifically focused on the application of the theory I have developed for the computation of molecular observable properties such as vibrational spectra (including tunneling), reaction rate constants, and some (diffusional) transport coefficients for well-chosen molecular models. For the immediate future, I am investigating the rate of electron transfer in the double-ring heptafulvalene radical anion molecule which is electrostatically bound to a potassium cation. Because the electron transfer is strongly coupled to the potassium counter ion, whose diffusional motion from the proximity to one ring to the proximity of another ring governs the rate, it seems to me likely to have some other interesting effects to investigate. In particular, acoustic coupling of the potassium degrees of freedom, i.e., acoustic displacements, ought to have an effect on the electron transfer. Would such a coupling suggest an energy conversion process? I think it is worth looking at. For high acoustic energies, there is ample evidence of strong chemical conversion. Less is known, however, about chemical reactivity at much lower acoustic intensity. With this same chemical system, it is also possibile to examine the effect of far infra-red radiation on the electron transfer because the potassium ion
is effectively a distinct system within the molecular complex.

Beyond heptafulvalene, I have parallel efforts in place to examine the vibrational spectrum of the molecules pyrrole and aziridine. The basic theory has been developed for hydrogen cyanide, a three-atom molecule. The examination of pyrrole is a first step in scaling up the analysis that is suggested by my theoretical work. The hydrogen atom that is bonded to the pyrrole nitrogen can dissociate, and that process is anharmonic. The analysis should indicate how useful my approach is for modeling this kind of dynamical behavior in a larger system than hydrogen cyanide. Aziridine is very interesting in that the hydrogen attached to its nitrogen atom can occupy two equilibrium positions relative to the plane of
the whole molecule. As a result, it should be possible to compute the tunnel-splitting contribution to the vibrational spectrum. This will be a valuable test of the utility of the theory.