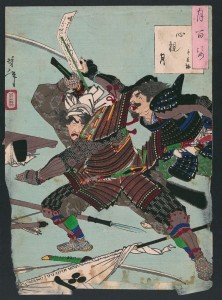 As a lunar (planetary) scientist I am interested in the evolution of our solar system in general and specifically of our Moon. Although it might seem like a dead, dry and boring sphere of rock it was long suspected there might be sub-surface and maybe even superficial water-ice in very cold and dark corners of the lunar surface. The proposed sites where it is cold enough for water-ice to survive geological time-scales are located on crater floors near the poles. Since the Sun never rises more than 1.5° above the local polar horizon, these crater floors reside in permanent shadow meaning that for over a billion year no direct sunlight hit the surface. In my previous work I searched for exactly these craters using laser altimeter data from the Lunar Reconnaissance Orbiter (LRO) mission. Since several recent space missions such as Lunar Prospector, LCROSS and also LRO have detected water-ice through remote sensing but also through impact plume measurements, my current research deals with the calculation of the temperature within the permanently shadowed craters to get an estimate on which crater has the potentials, regarding illumination and temperature, to contain water-ice on the surface and/or sub-surface. These locations are very attractive for future lunar exploration since water-ice reservoirs might be used to extract drinking water for astronauts as well as the production of rocket fuel for further exploration of the solar system. So another part of my work is concerned with finding appropriate landing sites with long illumination periods, flat terrain and in close range to the potential water-ice reservoirs.