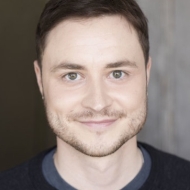 Ryan Driskell Tate is a writer and researcher at Global Energy Monitor (GEM), a NGO that catalogs fossil-fuel infrastructure worldwide. He holds a Ph.D. in energy and environmental history from Rutgers University. Prior to GEM, he held research fellowships at the American Heritage Center, University of Wyoming, and the Center for the American West, University of Colorado, Boulder. His work has appeared peer-reviewed academic journals, scholarly anthologies, and popular outlets, including the Washington Post, Chicago Tribune, Los Angeles Review of Books, and more.

As a scholar, Tate’s work provides historical vantages to many questions of expressive urgency: how do we account for the outsized political and economic power of fossil fuel companies? What sustains the pervasive political hostility toward addressing the climate crisis? At present, his work foregrounds the stakeholder disputes in mining communities to reveal how our understanding of global histories of fossil fuels advance through the study of local places and situations. His recent project include interdisciplinary studies of coal mining, climate, and “just transitions.”

His current book project is based on his prizewinning dissertation, a study of coal development in the Powder River Basin of Wyoming and Montana. Today, the region is a global hub of coal production, but just fifty years ago, it accounted for only a small fraction of the U.S. coal business. Tate explains how that changed in the late-twentieth century: how a constellation of political and economic forces—including national politics, global energy crises, and shifting relationships of the U.S. and Middle East—spurred the migration of the coal industry into the American West.

Fossil Fuels, History, Climate
We use cookies on our website to give you the most relevant experience by remembering your preferences and repeat visits. By clicking “Accept”, you consent to the use of ALL the cookies.
Do not sell my personal information.
Cookie SettingsAccept
Manage consent