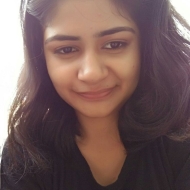 I am undertaking research in the field of gender and queer theory in the Indian context and particularly interested in the intersection of literature with gender studies and its subsequent adaptation in various media forms, especially visual media (Indian cinema), across cultures. I have previously worked predominantly on Indian literature situating gender and related themes therein. However, I am now pursuing research with a more interdisciplinary approach with South Asia and its culture as my broader framework. I hold dual Masters’ degree in English Literature from the University of Delhi and IGNOU, India, with papers focusing on Indian Folk Studies and Comparative Literature, among others, along with a Certificate course on Feminist Dissent from the University of Warwick. For my doctoral research, I intend to focus on gender and its representation in Indian cinema, along with the role of language in constructing, asserting, and deconstructing power structures in the postcolonial context.

Some of my current projects include:

Gender & South Asia
We use cookies on our website to give you the most relevant experience by remembering your preferences and repeat visits. By clicking “Accept”, you consent to the use of ALL the cookies.
Do not sell my personal information.
Cookie SettingsAccept
Manage consent