Academics in traditional university environments tend to be keenly aware of where their university ranks, whether they like to admit this or not. Most familiar are the college-level rankings like those from the US News & World Report, which weigh the undergraduate experience heavily. However in the research world, the notion of “excellence” has become the coin of the realm as evidenced by a proliferation of “excellence frameworks” such as the Research Excellence Framework  (UK), the German Universities Excellence Initiative, the Excellence in Research for Australia and the Performance Based Research Fund (New Zealand).  Given that many resources from capital funds, grants and permanent positions are doled out in accordance with rankings, where one’s institution stands goes beyond mere bragging rights. Most academics understand the arbitrary nature of such rankings and despite regular kvetching that they are either “unfair” (usually from those at an institution “lower” in the rankings) or that they have “finally” recognized the true worth of their institution (usually from those rising in the rankings), the existence of the ranking system itself, is normally taken as given.  After all, how are we to sort the worthy from the unworthy?

Samuel Moore, Cameron Neylon, Martin Paul Eve, Daniel Paul O’Donnell and Damian Pattinson have published an (ahem), excellent research paper “Excellence R Us”: university research and the fetishisation of excellence that comprehensively examines both the notion and practices of “excellence” in research.  Excellence, as most of the research frameworks define it, essentially boils down to some combination of ranking institutions by their scholars ability to publish in established prestige journals, ability to gain external grants and other easily-measured metric of scholarly output.

Their conclusion, in a nutshell: “excellence” is totally bogus:

…a focus on “excellence” impedes rather than promotes scientific and scholarly activity: it at the same time discourages both the intellectual risk-taking required to make the most significant advances in paradigm-shifting research and the careful “Normal Science” (Kuhn [1962] 2012) that allows us to consolidate our knowledge in the wake of such advances. It encourages researchers to engage in counterproductive conscious and unconscious gamesmanship. And it impoverishes science and scholarship by encouraging concentration rather than distribution of effort.

In other words in the context of scientific scholarship: focusing on excellence prevents the two things that we say we want from from science: careful reproducible science and the big breakthroughs. The article covers familiar ground to those who have been following the state of academia including discussions of the lack of reproducibility in science, the pernicious use of journal prestige to evaluate academics, and the general environment of hypercompetition in research. Many, if not most, academics are aware these issues, having been covered extensively in the trade press in recent years, but continue to view them through the lens of their effect on traditional tenure-track (or equivalent) faculty with established research programs. So it is refreshing that the article tackles how the rhetoric of ”excellence” can restrict the range of types and styles of scholarship, issues that are close to the heart of the Ronin Institute:

There is, however, another effect of the drive for “excellence”: a restriction in the range of scholars, of the research and scholarship performed by such scholars, and the impact such research and scholarship has on the larger population. Although “excellence” is commonly presented as the most fair or efficient way to distribute scarce resources (Sewitz, 2014), it in fact can have an impoverishing effect on the very practices that it seeks to encourage. A funding programme that looks to improve a nation’s research capacity by differentially rewarding “excellence” can have the paradoxical effect of reducing this capacity by underfunding the very forms of “normal” work that make science function (Kuhn [1962] 2012) or distract attention from national priorities and well-conducted research towards a focus on performance measures of North America and Europe (Vessuri et al., 2014)

The article continues by pointing out that “excellence” is often used as a proxy for  academic work that fit certain “standard” modes, which can result in a more bland and conformist world of scholarship:

Given the strong evidence that there is systemic bias within the institutions of research against women, under-represented ethnic groups, non-traditional centres of scholarship, and other disadvantaged groups (for a forthright admission of this bias with regard to non-traditional centres of scholarship, see Goodrich, 1945), it follows that an emphasis on the performance of “excellence”—or, in other words, being able to convince colleagues that one is even more deserving of reward than others in the same field—will create even stronger pressure to conform to unexamined biases and norms within the disciplinary culture: challenging expectations as to what it means to be a scientist is a very difficult way of demonstrating that you are the “best” at science; it is much easier if your appearance, work patterns, and research goals conform to those of which your adjudicators have previous experience. In a culture of “excellence” the quality of work from those who do not work in the expected “normative” fashion run a serious risk of being under-estimated and unrecognised.

As the authors point out it is common in such pieces to identify external factors such as:

institutional administrators captured by neo-liberal ideologies, funders over-focussed on delivering measurable returns rather than positive change, governments obsessed with economic growth at the cost of social or community value

as the primary cultural driver of metric-driven “excellence”. And this is definitely a huge part of the issue (see Ronin blog posts “Graeber on the Transformation of Universities” and “Henry Heller on IP-Based Capitalism at Universities”), but it’s not the only driver. Attributing these issues purely to external forces lets the academy somewhat off the hook since, as the authors continue:

the roots of the problem in fact lie in the internal narratives of the academy and the nature of “excellence” and “quality” as supposedly shared concepts that researchers have developed into shields of their autonomy. The solution to such problems lies not in arguing for more resources for distribution via existing channels as this will simply lead to further concentration and hypercompetition. Instead, we have argued, these internal narratives of the academy must be reformulated.

In other words: academia probably needs to take a look in the mirror once in a while and should question whether current norms really still serve their twin stated goals of encouraging sound “normal” scholarship as well as risky breakthroughs. I would also add: it should be enabling all scholars to participate in whatever way fits their individual talents, rather than promote a “one-size-fits-all” notion of alpha-academic success. There is much more to the article than space allows here, it’s a good piece for anybody interested in the future of scholarship, and it includes a highly detailed bibliography.

Coda: In a nice example of walking the walk, the authors have this note about “subverting traditional scarce markers of prestige” by adopting:

a redistributive approach to the order of their names in the byline. As an international collaboration of uniformly nice people (cf. Moran et al., 2016; Hoover et al., 1987; see Tartamelia, 2014 for an explanation), lacking access to a croquet field (cf. Hassell and May, 1974), writing as individuals rather than an academic version of the Borg (see Guedj, 2009), and not identifying any excellent pun (cf. Alpher et al., 1948; Lord et al., 1986) or “disarmingly quaint nom de guerre” (cf. Mrs Kinpaisby, 2008, 298 [thanks to Oli Duke-Williams for this reference]) to be made from the ordering of our names, we elected to assign index numbers to our surnames and randomize these using an online tool. 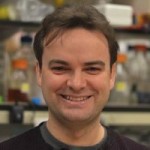