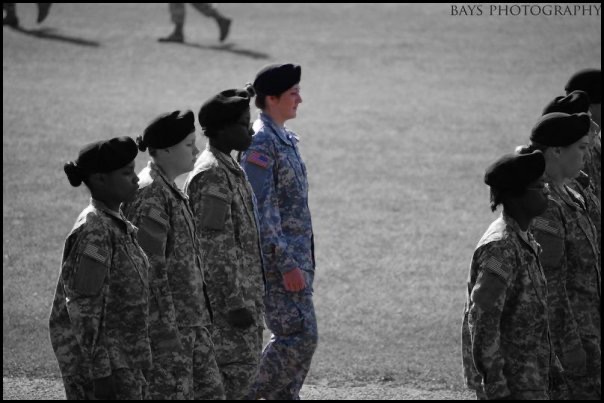 What you need to know and how you can help

Veterans Day in the United States this year arrives under the shadow of the end of our war in Afghanistan. The end of war calls for a time of reflection, and as millions of military Service Members and Veterans across the country ponder on our own service, we’re stuck trying to make sense of what it all meant and how it changed us.

The twenty-year war in Afghanistan ended and many of us feel like pawns in a big game.

The longest conflict the U.S. has ever actively engaged in ended this year. Our twenty-year war is over (with some caveats, but that’s a post for another day). So many Service Members and Veterans today—especially those who had boots on the ground in Afghanistan, are struggling to make sense of what it all meant. Was it worth it? Did my sacrifice mean anything? Why did we go to war in the first place? Did it make any difference? What happens now?

Service Members and Veterans of the post 9/11 generation are no strangers to hardship. For Veterans of this era, psychosocial challenges and mental health issues have skyrocketed; over the past decade, we’ve seen a concerning rise in suicide rates among our generation of warriors. It’s not too far of a stretch to say that most of us who have served in the military post 9/11 personally know a military brother or sister who has died by suicide.

Suicide was the leading cause of death for Veterans aged 18-34 years in 2019. For post 9/11 Service Members and Veterans, suicide deaths are four times higher than the deaths that occurred in war operations during our twenty-year wars combined.

The cause of these truths is complex and influenced by both the length and nature of the post 9/11 conflicts. The nature of warfighting (and its aftermath) is always evolving. We had better technology and gear fighting wars in the Middle East than we did in previous wars. Warriors are more likely to survive injuries now. What that means, however, is the rise of prevalence for mental, emotional, and spiritual injuries for our generation.

Traumatic Brain Injury is our signature wound (the wound most attributable to the type of warfighting of this era). This injury for Veterans is often comorbid with Post Traumatic Stress Disorder (PTSD). Military Sexual Trauma is an epidemic among the still predominantly masculine military institution. Our addiction rates are unprecedented as many of us were (and still are) overprescribed opioids and benzodiazepines by the healthcare system designed to heal us.

Again, post 9/11 warriors know hardship well and because of that, we’re resilient and adaptable and have grit ingrained in us from our service. We’re well trained to always lower our heads and drive on. But after twenty years of this grind—of training for and fighting in these wars, the ending and conclusion of this era is opening a can of worms many of us don’t know what to do with.

The generations of Veterans who came before us know this all too well—how the ending of war makes way for a torturous inner war.

Many of us are angry. Angry at the system that has caused so much suffering. We’re confused. The ending of the war in Afghanistan surfaced many questions about what it all meant and if any of it mattered. We feel helpless. Many of us are intimately aware of the costs of our twenty year wars—the lives lost, the families fractured, the wounds caused.What we’re less aware of though, and what we lack tools to address, is not so much what it meant and if it mattered at a macro, systems level, but what it meant and how it mattered for our own individual lives.

It’s not about what we did (or didn’t do) during our service, it’s about the system we were part of and how that system changed us.

A growing body of research is showing that suicide rates are higher among never-deployed Service Members and Veterans than those who have fought in the wars. Understanding the social, cultural, and identity implications of belonging to the U.S. Military institution is becoming a greater concern as scholars and advocates of Veteran issues realize the suicide rates and trauma-based disorders are not getting any better (and haven’t been for the past decade). We are realizing it is not solely about combat-related experiences.

The military is the only socially sanctioned institution in U.S. culture that explicitly trains people to kill other people.

What does that mean? What are the consequences of that truth—at the individual, micro level—how does that reality impact our lives, health, and wellbeing? Veteran advocate and author Sebastian Junger wisely tells us that “who you are [in the military] entirely depends on your willingness to surrender who you are.”

It’s about identity. Understanding military service and our place in the system is all about getting back in touch with who you are. The questions we should be asking ourselves are not “what did it mean and did any of it matter?” Rather, we need to go inward, and we need to focus on our selves. The questions for us to ask as war ends and our inner wars rage on are:

“What did my military service mean for me?”

“How did my military service change me?”

“Who was I before I joined the military and who am I now?”

On this day designated for remembrance and reflection, what most of us (and those who love us) fail to see, is that it’s not so much about what happened (or didn’t happen), rather, it’s about the system we were part of and how that system changed us. It’s about the truth that we are among less than 1% of the U.S. population who has a shared lived experience of military service.

As Service Members and Veterans, we must do our own inner work. We need to look in the mirror and create space for contemplative reflection and sense-making about our own military service. It no longer serves us to lower our head and drive on; it’s time to reclaim our selves that we surrendered during our service.

But we can’t do it alone. We come to know who we are through our relationships with others.

Everyone is part of the societal military-civilian divide, and we all need to work together towards unity.

The military-civilian divide in U.S. culture is about the lack of understanding and connection between those who have served in and belonged to the U.S. military and those who haven’t. The divide goes both ways. It isn’t just about Veterans feeling misunderstood by civilians who never served. It’s also about the civilians—the brothers, sisters, friends, parents, cousins, neighbors—who feel a void between themselves and those who wear the uniform.

Fear of asking the wrong question, triggering, setting off a PTSD-stricken Veteran who might explode if you say or do the wrong thing, characterizes this divide. For the 99% of the U.S. population who hasn’t served, most ideas of military service and what it entails stem from media consumption. Though it’s improving, most media portray inaccurate depictions of military life and Veteran identity, which only further perpetuates harmful stereotypes about our identity and our lived experiences.

The truth is, we (Veterans) don’t want you (non-Veterans) to thank us for our service. I think most of us understand the intention of expressing gratitude for serving is usually genuine, but it just falls short.

And given the larger context of Veterans Day this year falling only a few short months after the war in Afghanistan ended, thanking us for our military service that we are still trying to make sense of and reconcile, only further isolates us from you.

It only furthers the military-civilian divide.

What we need more than anything on this holiday meant to celebrate and honor Veterans and victims of all wars, is a little space, grace, and a whole lot of empathy.

Veterans Day stirs the pot for so many of us. And this Veterans Day especially, packs a punch the previous twenty did not.

Service Members and Veterans: give yourself space to reflect. Give yourself grace to feel all the feelings cycling through you. Be angry, cry, laugh, remember, mourn, celebrate. More than anything though, focus on you. Create and claim the space to reflect on your own service, your own lived experiences of the military, your own trials and triumphs of serving in this institution. You’ve earned it.

Everyone else: empathize. Don’t shake our hand and thank us. Instead, ask us what it was like. Ask us why we joined. Ask us what our job was and where we went and what we did. Ask us how it changed us. Don’t be afraid of our service, of our differences. Embrace us and sit with us as we make sense of it.

Awareness is key. Truth and empathy are our core values at the Ronin Institute. Understanding breeds unity. The more we engage about military service and what it means and how it shapes our culture, society, and those within it, the more healing and justice we create, together. 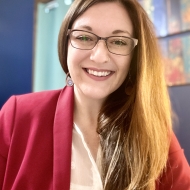 Jeni Hunniecutt served in the US Army National Guard for six years prior to earning her PhD in Communication Studies from the University of Denver. Jeni became interested in military experiences of transitions as well as trauma related to military service because of her own lived experiences as both a Veteran and a scholar. In addition to being a Ronin Research Scholar, Jeni also holds an appointment of Adjunct Research Assistant Professor with the College of Applied Health Sciences at the University of Illinois Urbana-Champaign. She is also the owner and director of Veteran Research and Education Curation LLC (VetREC).