Missouri State Representative Rick Brattin has introduced a bill that would eliminate tenure at public universities in the state. The text of the bill can be found here. This follows on the heels of a similar bill that has been introduced in Iowa.

The Missouri bill would also require universities to provide information about the costs of different degrees and the job prospects for people with those degrees. That bit actually sounds okay to me. Job opportunities and future earnings are not the only things you should consider when making decisions about your education, and I firmly believe that a good education, particularly in some of the less lucrative fields, can enrich your life in ways that don’t translate financially. However, allowing students to make an informed choice seems good, particularly for those students who may not have the family financial resources to fund an education that won’t lead to a decent career.

But what about the tenure bit? That seems, on its face, to be setting the stage for future attacks on academic freedom. Tenure is what allows people to pursue ideas with some degree of insulation from political and financial pressures. The Chronicle for Higher Ed has an interview with the author of the bill, and they ask him point blank:

Q. Are you concerned that eliminating tenure would damage academic freedom, or professors could get fired for political reasons?

A. Like I said, in what area do you have protection of your job for whatever you say, whatever you do, you’re protected? You don’t have that. Their job is to educate, to ensure that students are able to propel themselves into a work force and be successful. That’s their job.

If they are going off the rails and not doing what they are supposed to as a hired staff of educating those kids, should they not be held accountable? Should they have the freedom to do whatever they wish on the taxpayers’ dime and on the students’ dime? That should be more the question: Should they have that freedom to do that? Their focus should be to ensure that we have an educated person to be able to succeed beyond their wildest dreams.

That sure sounds like a long way of saying, “Yes, professors could be fired for political reasons.”

Here’s something that should probably be worked into every college curriculum in the country: a course developed by Carl Bergstrom and Jevin West of the University of Washington — Calling Bullshit. Note, this is not an official course at the moment, although they plan to submit it to the University for approval. But right now, you can check out the rationale and the syllabus.

Here’s part of the intro from their new website:

The world is awash in bullshit. Politicians are unconstrained by facts. Science is conducted by press release. So-called higher education often rewards bullshit over analytic thought. Startup culture has elevated bullshit to high art. Advertisers wink conspiratorially and invite us to join them in seeing through all the bullshit, then take advantage of our lowered guard to bombard us with second-order bullshit. The majority of administrative activity, whether in private business or the public sphere, often seems to be little more than a sophisticated exercise in the combinatorial reassembly of bullshit.

Attention everyone developing college curriculum around the country: more of this please. 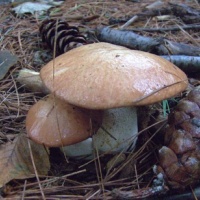 Ronin Institute Research Scholar Brent Ranalli has had two articles published recently in the Thoreau Society Bulletin. Both also appear on the Society’s blog. The first, co-authored with naturalist Cherrie Corey, seeks to identify the mystery mushroom that Henry David Thoreau describes in his journals as resembling a traditional New England “election cake.” The second uses literary sources to reconstruct Thoreau’s walking gait and asks what the gait reveals about the man.