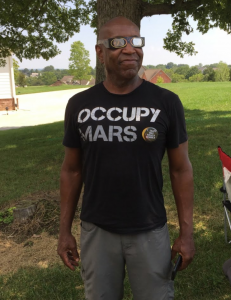 My research interests are human behavioral biology and cognitive neuroscience. I want to better understand and humorously describe the precise mechanics of behavior, from neutrinos to neurons. My goal is to identify empirically-based excuses for people to not be angry at one another.

Since Dr. Michael Gazzaniga’s work in the 1970s, researchers have recognized a specific system in the left hemisphere of human brain that invents stories to make sense of the world. Although the concept of the left brain interpreter was initially based on experiments on patients with split-brains, it has since been shown to apply to the everyday behavior of people at large.

The drive to seek explanations and provide interpretations is a general human trait, and the left brain interpreter can be seen as the glue that tries to hold the story together, in order to provide a sense of coherence to the mind.  In reconciling the past and the present, the left brain interpreter may confer a sense of comfort to a person, by providing a feeling of consistency and continuity in the world. This may in turn produce feelings of security that the person knows how “things will turn out” in the future.

We intend to test this hypothesis by assembling 30 subjects and monitoring their heart rates as we show them a 20-second baffling optical illusion.  As monitoring continues, half the subjects will be shown how the illusion works and half will not.  If those who view the illusion without explanation are physically discomforted by the fact, their stress may be expressed as an increase in their heart rates in response to related epinephrine or other “fight/flight” related chemicals and hormones.

My interests are inspired by the work of Stanford professor Robert Sapolsky, his bi-annual class, “Human Behavioral Biology,” and his many books on it and related subjects.