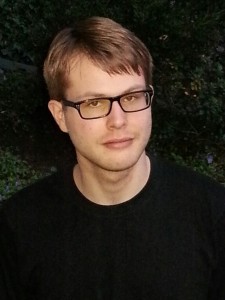 Landon Tyler Bennett is a member of the Complex Biological Systems Alliance (CBSA), a global scientific think tank existing to extend scientific understanding of biological complexity and the nature and origins of human disease, founded by Thomas W. Chittenden. Landon holds a Bachelor’s degree in Mathematics from Empire State College (SUNY), where he graduated with perfect grades. He has experience as a graduate student and teaching assistant from the PhD program in Math at Washington State University, where he contributed his expertise in the Center for Geometric Analysis & Data (CGAD). In addition, Landon has over 3-years of experience tutoring upper-level undergraduates in mathematics and other sciences.

His core research is in Artificial General Intelligence (AGI) with emphasis on the perceived technological singularity and later transhumanist era. A major list of subtopics Landon studies involving AGI include: material science, molecular nanotechnology, organic chemistry, biology, cosmology/astronomy, warp-drive science, ethics, politics, theoretical computer engineering, computer programming, quantum physics, and economics. In his early stages, he hopes to develop enough understanding of a broad range of fields so that he can help niche researchers gain insight and direct some of their work to problems with a high probability for success with clear explanations. Often times, the solutions people seek come from places not yet looked at.

In addition to his research, Landon is an active member of European H+ and many similar groups. In EH+, Mr. Bennett consults with professionals all across Europe and in parts of the United States to actively solve problems of immediate importance and create plans for the long-term. Part of his work in EH+ is to read on the latest trends in bleeding-edge technology and offer solutions to specialists and the mainstream.

Landon has bravely dedicated himself to solving the grand challenges humanity faces. Although he is just one person, his involvement will help others to value the vast importance of changes taking place now and in the future.

In the Zeitgeist, there is no such term as “too driven” or “over-achiever”. On July 23, 2012, a massive solar storm missed planet Earth by only a small fraction of a distance which would have effectively put humanity back in the Stone Age. Likewise, throughout tens of thousands of years the human species has been on the verge of becoming extinct numerous times due to the harsh nature of Earth and the surrounding Universe. It will be important for the elite groups of the human population to put as much energy as possible into informing the public and working toward finding creative and applicable solutions to radical life altering scenarios. Numerous major crises are here now and they demand our attention.