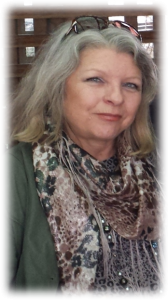 Much of my work revolves around paleoarchaeology and technologically oriented lithic studies of Pleistocene sites in the Middle East, as well as later Holocene Aboriginal sites in Australia. The way I look at sites and regions to tell their story is guided by trying to understand the role of the landscape in determining site location and usage, as well as seeking paleoenvironmental reconstructions to tie down primal site contexts.

Trained in anthropology, sociology and later prehistoric archaeology, I fell in love with Jordan at first dig.  Discovering an early Palaeolithic site while working on the opening season of the Classical site of Pella just made it so much better and set the course of much of my life.

The Abu el Khas site proved a major challenge. Wrestling with getting a controlled random sample of sufficient size to permit statistically meaningful investigation of mixed period artefacts was one thing.  Battling one of the wettest, coldest winters and resulting sea of viscous, clinging mud that often blanketed the site, resulted in a messy baptism in the trials of Levantine archaeology that did nothing to dampen my wet -behind -the ears initial student enthusiasm.

The site was a multiple -period use hunting camp overlooking the prolific resources of the Tabaqat Fah’l plain, the Jordan Valley below and the adjacent major Wadi Hammeh with its hot springs and plentiful water.  This Wadi proved key to understanding the prehistory and paleoenvironment of the larger Pella region in Northern Jordan. To this end a first season of the Wadi Hammeh Survey was undertaken in 1983 with my late husband Dani Petocz.  This resulted in a plethora of sites from most periods, including Middle Palaeolithic sites in the upland and lovely rich, stratified Epipaleolithic sites in mid-wadi (including the extraordinary Site 27 which later produced the earliest date of a Natufian village in the Levant). Various necropoli and tomb complexes from most periods of the Bronze Age, along with later quarries and food processing sites were found in the lower reaches beside the Jordan Valley.  This survey was later taken up by other researchers and confirmed the pivotal importance of the Wadi which acted as a paleoenvironmental magnet drawing people to the area, making it now a major zone of investigation in Northern Jordan.

I also worked on the spectacular pre-pottery Neolithic B site of Ain Ghazal in Amman; taught and researched at the Yarmouk University in Jordan; acted a lithics consultant on Bronze Age tomb excavations in Bahrain and various other surveys in Jordan. I was invited to make an assessment of lithic collections held by the Omani Department of Antiquities and have curated two public exhibitions of  Jordanian prehistory in Australia. I had the extraordinary privilege of working with the late, great Professor Francois Bordes on his only Australian excavation at Walga Rock in Western Australia.  His later examination of the mixed period Abu el Khas material contributed to much combined head scratching but invaluable insights as well.

Later work in Western Australia included conducting an extensive array of archaeological assessments and surveys, organising Aboriginal community consultations, undertaking archaeological surveys on the amazing ancient rock art of Murajuga (the Burrup Peninsula), as well as carrying out numerous heritage studies for a range of mining and other development projects.

But the story of early man, how and why we spread throughout the world and the various technologies used along the way remains my passion. Technology has now revolutionised archaeology. We are pushing back the dates for most periods in human history and developing a more nuanced view of our past. Archaeology and environmental reconstructions have helped reveal the role of climate in social and cultural changes, in the movements of populations and the rise of conflicts.  Access to good water remains the determinant of settlement patterns and overall social stability. We now know that climate changes trigger multiple compounding social stressors – and, despite our apparent technological wizardry, we remain as much at its mercy as we always have been. Seems archaeology still has a lot it can teach us.

I am currently preparing my Abu el Khas thesis for publication, along with the full report of our Wadi Hammeh survey and writing up other investigations arising from my Jordanian work.