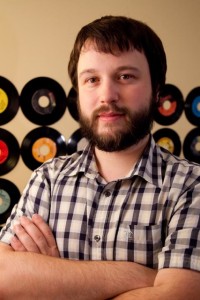 My interest in the social structures of security developed during my time as a competitive lockpicker. The extreme responses I received from people I spoke to about my pastime gave me an early insight into the underlying emotional connection people have to locks and keys. I’ve studied the ways myriad cultures have created new, culturally significant uses of these utilitarian objects. From the love locks chained to fences and bridges across the world, to the lock piercers of Iran who would pass the hasps of padlocks through their bodies to display connection and devotion to their God. From these overt appropriations of the tokens of security, to the feelings a young couple has for the key to their first shared living space, the emotional and social nature of physical security fascinates me.

As a competitive picker I won top honors in competitions at the Defcon and HOPE conferences as well as competing in the Dutch Open at Lock Con for several years. I served on the board of The Open Organisation Of Lockpickers, US and created and edited the community journal Non-Destructive Entry Magazine. Over the years I have had the opportunity to work with incredibly talented security researchers and lock engineers. I have spoken and provided training to everyone from law enforcement officers, mystery book authors and the toy designers at Hasbro.

In the course of my work I’ve investigated the origins of the mechanical lock, the great lock controversy of 1851, and the locks and lock makers of early America. Recently I have embarked on a new project to recover as much information as possible about dozens of patents for locks that were lost in the Patent Office fire of 1836. Among the early successes are new discoveries about the Pyes and Whaleys, two early American lock making families, transcriptions of some of the lost letters patent, and a 3D model of one of the lost locks.

You can find many of my talks and lectures here: http://lock.gd/p

And you can find my current project on the x-patent locks here: http://x.lock.gd