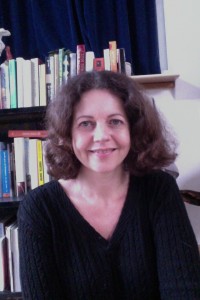 During my Ph.D. and post-doctoral training, I investigated several aspects of the structure-function relationships in animal ion channels, which are the proteins that carry electrical currents in cells. In 2011, I transitioned to the field of plant electrophysiology, and subsequently re-purposed an instrument used for monitoring and measuring the feeding activity of aphids (the Electrical Penetration Graph, or EPG) into one for monitoring and measuring the electrical signals in the cells that form the living vasculature of plants (i.e. sieve elements). With it, I discovered physiological events in plants induced by other organisms in their ecosystems.

The study of electrical signal transmission and electrical signaling in plants has progressed at a much slower pace than the study of the same phenomena in animals. This is due partly to a lack of motivation, as the existence of underlying electrical networks for the circulation of fast electrical signals in immobile organisms is counter-intuitive. Furthermore, there has been a limit to the physical experimental approaches used to study this phenomenon. In most early experiments, long-distance electrical signals were induced with unrealistically severe and difficult to control stimuli, such as the burning of a leaf. And to acquire these signals, researchers used large external and internal electrodes whose exact position was not known. With this approach, long-distance electrical signals in plants were detected, but they were highly variable, suggesting that they were random processes that could be triggered in the laboratory yet having little if any physiological relevance. In contrast, the exact position of the EPG electrode is known. My EPG work shows that sieve elements produce at least two types of electrical signals, one fast and one slow, and I have quantified their fine biophysical features. Importantly, my work has shown that mild, realistic stimuli such as feeding caterpillars induce large electrical signals that travel through the phloem from wounded to unwounded leaves, thus establishing their eco-physiological relevance.

Mammalian neurons have passive potentials that act like graded analog signals, and all-or-none signals similar to binary signals. However, it is not known how the analog and binary aspects of brain computation operate together. My recent research suggests that these long-distance signals in plants also have analog and binary features, and I am currently working towards understanding their underlying biological and physical mechanisms. Current biological neural networks are based on the only working model available: the human brain. In these models, the human brain is not considered in its entirety, as it is excessively complex. By comparison, the electrical network of plants is simpler, and could be useful for understanding the integration of analog and binary features in biological electrical circuits.

I am broadly interested in ion channel-mediated communication between plants and other organisms in their ecosystems.