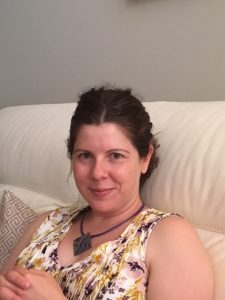 My previous research was focused on molecules and cells, first using a knockout mouse model to study an RNA-binding protein, then recording from neurons in the prefrontal cortex as I bathed them in noradrenaline. Somewhere between my PhD and postdoc I developed a strong interest in individual differences in decision-making and emotional responses to the environment (aka personality), as well as their genetic, neurochemical and evolutionary basis.

I am currently pursuing a project that aims to predict a person’s personality from their genotype, but instead of using the academically-driven Big 5 OCEAN personality profiling system, which is based on a continuum and therefore makes it challenging to isolate genetic variants strongly associated with personality traits, I’d like to see if there is a genetic basis for Carl Jung’s psychological types (profiled using the Myers-Briggs Type Indicator/MBTI). It is likely that personality, unlike intelligence, is governed by only a few distinct genomic loci, and that personality types and traits exist as EITHER/OR and not on a spectrum, which is why previous GWAS with the Big 5 or other personality scales have not been able to isolate genes with a strong influence on personality.

My main objective is to bring scientific validity, reliability and credibility to the study of personality types and hopefully catalyze much needed academic research on this topic. It is my belief that a better understanding of personality would help solve many scientific enigmas, as well as helping people make better decisions.