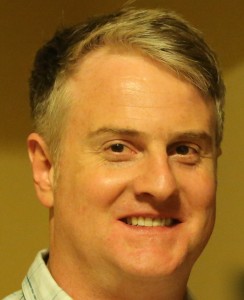 Microevolution – evolution over the short term – is now very well understood. The discipline of mathematical population genetics is well developed, and we can perform microevolutionary experiments on living things of many species. We have even harnessed evolution to human ends, producing all the varied breeds of modern dogs, starting from wild wolves, largely by changes in gene regulation. It is remarkable and interesting that evolution is capable of this kind of diversification.

In contrast, it is truly astonishing that dogs could have ever evolved from their distant single-celled ancestors. More than regulation of genes is at work: many hierarchical layers of organization gradually accreted in the lineage of organisms that went from single cells to modern dogs. In this sense, the real “magic” of evolution is the accumulation of complexity over macroevolutionary timescales. Over approximately 3 billion years, evolutionary processes have moved from the simple precursors of cells, to artifacts of great complexity like brains. How and why did this happen? What conditions accelerate or retard it? Why did it take 3 billion years? Was it inevitable? Does the hierarchical organization of living things reveal the fingerprints of macroevolutionary processes?

The traditional methods of developing scientific knowledge about evolution have been observation of nature and the fossil record, and experiments with biological organisms. In the 20th century, mathematical population genetics, and molecular genomics, have matured. However, none of these methods permit direct experimentation on macroevolutionary timescales. We cannot change any parameter we like and repeat the experiment; we can only observe what has already occurred. In silico experimental evolution provides a fifth “way of knowing” about evolution that complements the other methods. In particular, computer simulations let us perform experiments on macroevolutionary timescales – where the “magic” happens. Using computer models, we can test evolutionary hypotheses that are difficult or impossible to test with in vivo experiments.