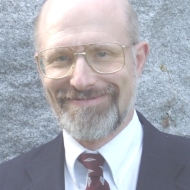 Robert Gezelter, Ph.D., has over 40 years of experience in operating systems architecture and implementation, including extensive work with file systems, device drivers, networks, protocols, compilers, toolsets, algorithms, data structures, security, performance, architecture, and related matters. He has architected and implemented hundreds of thousands of lines of systems-level code. His clients range from the Fortune 10 to startups.

Dr. Gezelter’s most recent research undertaking was his 2018 Ph.D. dissertation, Re-architecting Mass Storage Input/Output for Performance and Efficiency, which he is presently preparing for publication as a monograph. His research interests focus on areas relating to systems-level software, networks, and toolsets.

He is co-inventor on two mass storage-related patents and the sole inventor on a pending patent application.

He is a Senior Member of the IEEE.

From 2004-2006, he was a Distinguished Visitor for the IEEE Computer Society, appearing at numerous events, including at Los Alamos National Laboratory and Canada’s National Research Council. Prior to his appointment as a Distinguished Visitor, he spoke at SPAWAR (Charleston, South Carolina) and NASA Marshall, as well as at numerous technical conferences in the United States and internationally over the last 35 years.

Operating systems, Networks, Algorithms, Data structures, Protocols
We use cookies on our website to give you the most relevant experience by remembering your preferences and repeat visits. By clicking “Accept”, you consent to the use of ALL the cookies.
Do not sell my personal information.
Cookie SettingsAccept
Manage consent