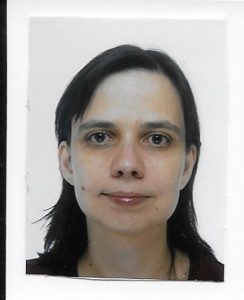 My primary area of research has been to identify molecular pathways implicated in the pathophysiology of mental disorders, especially affective disorders and obsessive-compulsive disorder (OCD). To address this question, I have used molecular and cellular biology techniques, and worked with in vitro cellular models, as well as with samples from human subjects. I have also been involved in the design and execution of clinical studies, to analyze the association of symptom profiles in patients with mental disorders with biological parameters.

In one line of research, I aimed to gain further insight into the molecular mechanisms of serotonergic signaling and its dysregulation in OCD. I focused on the serotonin 2A receptor (HTR2A), which had consistently been associated with the disorder. The activation of the HTR2A receptor showed a cytoprotective effect in neuronal cell lines, mediated through an increase in the extracellular signal-regulated kinase (ERK) Thr202/204 phosphorylation, and subsequent increase in the mitochondrial content of the cells. Furthermore, there were indications for an interaction between the HTR2A receptor and the serotonin 1A receptor subtypes.

In a second line of research, I focused on in vitro and clinical models of affective disorders, in order to identify molecular pathways and biomarkers involved in their pathophysiology. On the molecular level, I studied the significance of histone deacetylase (HDAC) inhibition and of heat shock protein 70 induction for the neuroprotective effect of valproic acid and of other HDAC inhibitors.  As an extension of the research to a more clinically relevant setting, I have been involved in the design of a study, analyzing clinical subtypes of patients with major depressive disorder and searching for respective biomarkers.

My long-term research goal is to contribute to the elucidation of mental illnesses pathophysiological mechanisms by integrating preclinical and clinical studies.  My future research interests include further in vitro studies on the pathophysiological pathways, mediating the effects of HTR2A receptor activation, with a focus on functional receptor selectivity. In a further step, I would like to analyze biomarkers associated with OCD and affective disorders clinical symptom clusters.