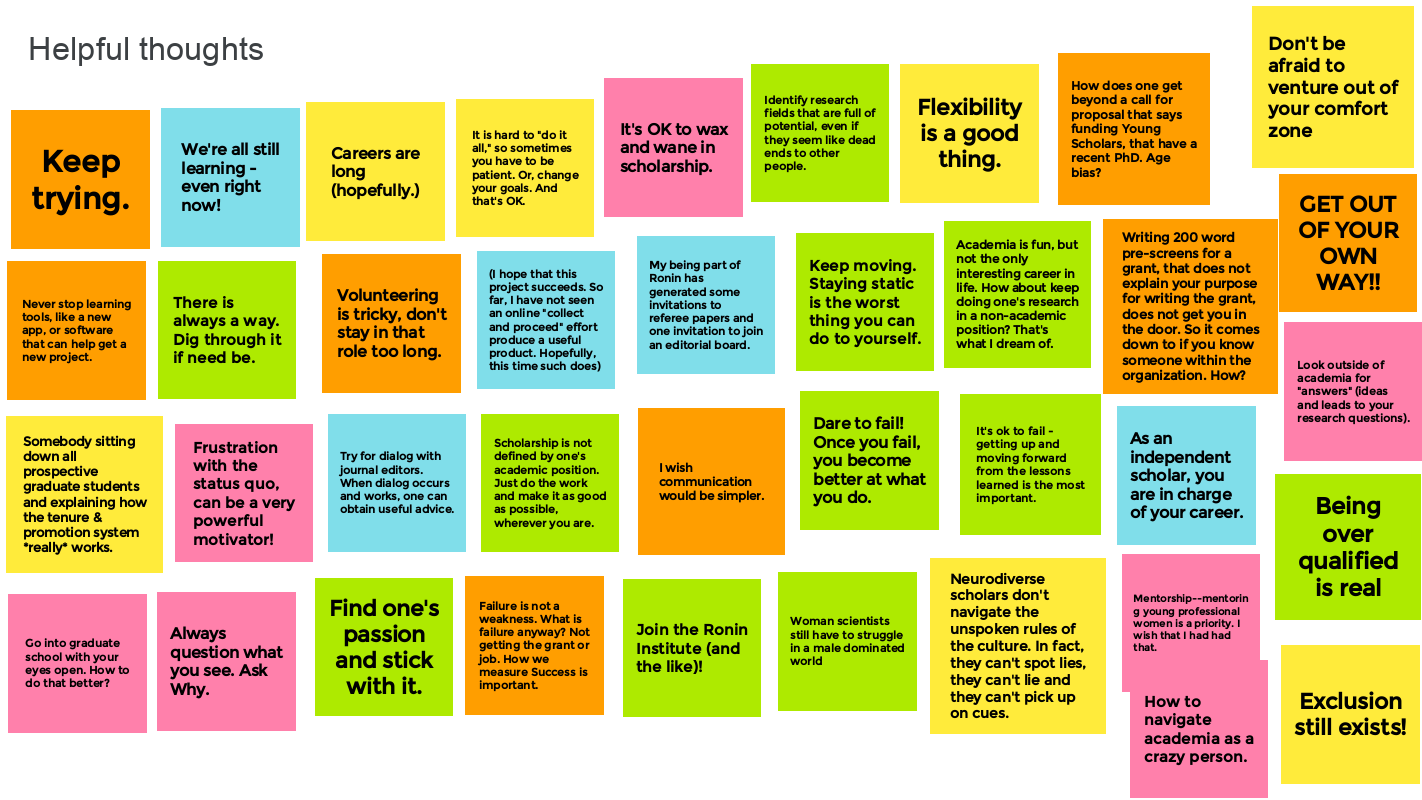 At the Ronin Institute, we’ve been working on a Big Brain project that intends to collect and share experiences and insights by scholars operating outside of traditional academic institutions. Our Big Brain project got off to a great start in early March 2021 with two MeetUp sessions.

For the first session, we used a Google Jamboard to brain-storm on different questions–it was a white-board post-it note combination where anyone could add a note to the board. We began with four questions based loosely around: Turning Points; Roadblocks; and Lessons/Solutions as an independent scholar. The last board was centered around Helpful thoughts and tips. For the second session, we spent time organizing the boards by grouping post-it notes together and making sense of them.

The boards are fascinating. Take a look.

From this first MeetUp for the Big Brain, we realized that the questions we posed inadvertently suggested that independent scholars have problems that need solving, and that is why we are all here at the Ronin Institute. However, we learned that some of us are here as a sort of second or third phase of our career, for example, after leaving a full career in academia and elsewhere but still wanting to carry on with scholarship within a community.

One thing that became clear is that Ronin Research Scholars are a diverse group who value community. So, another task going forward from this session will be how to better facilitate community building, networking, and cohesion. In other words, how scholars might find others with the community with similar interests. Importantly, the MeetUp stimulated some great conversation that continued well after the event.

To continue with the Big Brain initiative, we’re planning to have monthly Big Brain sessions that will each focus on a theme that emerged from the boards and conversations. These themes will range from how to find logistical support to time-life management and grant writing.

This is all exciting! Stay tuned for more updates from the Big Brain.